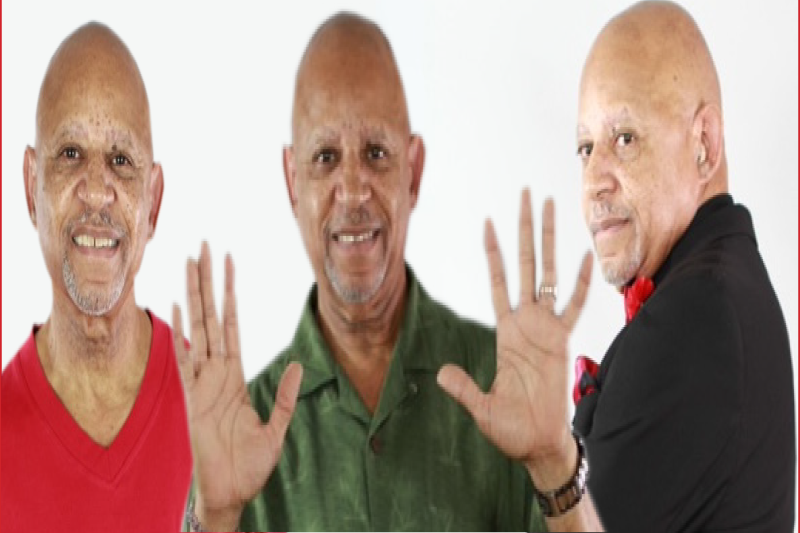 HOUSTON – “Charlie Brown” is one dapper dude. And more than his handsome outward appearance, inside he is humble, gracious and extremely grateful for the opportunity he says God has bestowed upon him. At 68 years of age, he’s reinventing himself and loving every minute of it.

Charles Lonzo Brown is a style consultant for Suit Mart located off I-45 and Aldine Bender, and, always being a “sharp-dressed man,” he loves to help others look their best, especially young Black men during prom season.

“To see those mothers coming in with their sons, some of them not knowing what they want, some of them never owning a suit,” Brown said. “To help them leave there with their heads up and smiles on their faces, that’s better than gold and silver to me.”

And as much as he loves to help others shine, he had a longtime dream of his own.

“I’ve always liked to dress. I always like to look nice and I was encouraged by relatives and friends of mine that I should apply for modeling school,” he explained. “One of my friends suggested that I contact 40 Plus Models.”

Brown did and sent his pictures in, but a woman he spoke to explained they were more of a charity and were not the right fit. Unbeknownst to him, she saw something special in him and decided to make a few phone calls.

Later the same day, John Casablancas Model and Talent Agency reached out, and after an in-person interview, invited Brown to join their 30-week training program.

“Most folks think modeling is just walking down the runway – that’s the easy part – but you have to learn all the terminology, all the turns, how to take care of your skin, your nutrition and how to present yourself,” he said. “So, at the age when most folks are slowing down, my life is just beginning.”

Brown proudly shared that in 1971, he was voted “Mr. Debonaire” by his peers in high school, and in 1992, he was the first driver to be featured on the front cover of Southeast Texas Big Idea Magazine for UPS. Now, he has something else to be proud of.

“I am the oldest person in the class at John Casablancas. Most of the others are young enough to be my great grandkids. It was kind of challenging for me because I am hearing-impaired, but God has blessed me to get a state-of-the-art hearing aid and I can hear a lot better,” he said. “And my brain doesn’t work as well as the youngsters, but I am able to complete my studies, I haven’t given up and I am going to make this dream come true.”

Brown says that on Jan. 13, he will sign a three-year, non-exclusive contract with the agency. The ordained minister, who is also a volunteer for the Acres Home Chamber of Commerce and several churches, teared up as he spoke about his dreams.

“My dream is to bring glory to God, to the community I come from and to myself. God has been good to me,” he said.

Brown also acknowledges that none of this could be possible without the support of his loving wife of 45 years, his two children and two grandchildren.

He then went on to issue a challenge.

“If Matthew McConaughey can sit in a Lincoln and sell one, I can too. If Samuel L. Jackson can sell a Master Card, I can too. The only thing they have over me is name recognition and they really don’t have that, because my name is Charlie Brown.”

His words of advice?

“Never give up on your dream! I don’t care what folks tell you, it is never too late. You never know what you have inside of you until you need it. I found out while going through modeling school that I have what it takes,” he said. “There’s no harm in failing, there’s harm in not trying. You might not reach the moon, but you will reach the stars.”