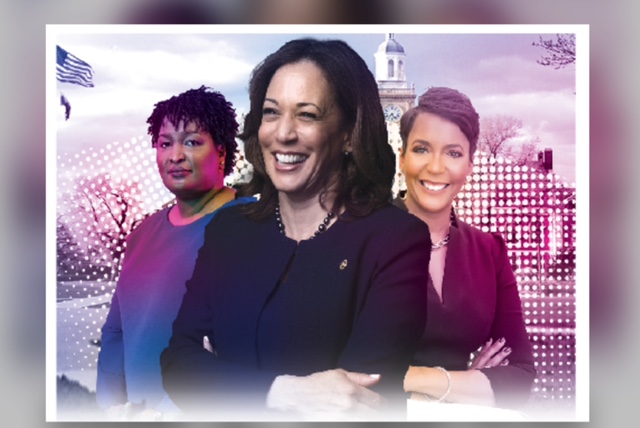 Former California Senator and Howard University graduate Kamala Harris will soon be back in Washington DC, a stone’s throw from her alma mater, as she reports to work at 1600 Pennsylvania Avenue as the Vice President of the United States of America.

Harris is a proud graduate of a Historically Black College and University (HBCU), and she is not alone. Not surprisingly to Blacks, but maybe to others, HBCUs groom powerful leaders who are proudly leading the charge in evoking change in America.

In addition to Harris, former Georgia House of Representatives Minority Leader Stacey Abrams and Atlanta Mayor Keisha Lance Bottoms, are also graduates of HBCUs, and these two powerhouses were both on the shortlist of Biden’s pick for a running mate before Harris was chosen.

Harris, Abrams and Bottoms are forever bonded in history as HBCU alumnae who proved that you can get one hell of a foundation surrounded by Black folks, possibly even more than if you attended a predominantly White institution (PWI).

Abrams, who graduated from Spelman College in Atlanta, is credited in large part for the unprecedented voter turnout in Georgia, registering 800,000 first-time voters over the past two years in the state through her organization Fair Fight.

Bottoms, who graduated from Florida A&M University, was a very vocal supporter of the Biden campaign and has been a regular fixture on CNN and other news shows speaking out against civil and social unrest following the deaths of George Floyd and Breonna Taylor.

We notably mention this trifecta of women because they are part of a growing sisterhood of Black female HBCU leaders who blazed a trail across America this election, but they aren’t the only ones who helped push President-elect Joe Biden over the top.

Congressman James Clyburn was an integral part in helping to encourage the people to vote for Biden. His endorsement was worth its weight in gold.  Sixty percent of black voters cited the Clyburn endorsement as an important factor in their decision. Clyburn is also a proud HBCU alumnus, graduating from South Carolina State University.

HBCUs often face criticism of not preparing students “for the real world” and get the “shorter end of the stick” when it comes to funding and other resources.

But HBCU students are no strangers to fighting, and have developed a strong sense of pride while being groomed to be strong leaders, political thinkers and strategists.

In addition to politics, HBCU graduates are kicking down doors in all arenas.

Nikema Williams, who just won Georgia’s 5th Congressional District, graduated from Talladega College, and, like Harris, is a member of the Alpha Kappa Alpha sorority.

And let’s not forget women from Third Ward Houston’s beloved Texas Southern University. The “Reigning Queen of Gospel” Yolanda Adams and the late, great Barbara Jordan, the first African American woman from Texas elected to the U.S. House of Representatives, are TSU Tigers.

Despite all this #BlackExcellence, HBCU endowments lag behind PWIs by at least 70% within both public and private sectors, according to a recent report by the American Council on Education.

So with Harris soon-to-be in the White House, will she and Biden do more for HBCUs?

During their campaign, they pledged to “rectify the funding disparities” faced by HBCUs and other minority-serving institutions by investing over $70 billion.

HBCUs award about 20% of African American STEM bachelor’s degrees, according to the United Negro College Fund, and a report released last year by the Rutgers Center for Minority Serving Institutions indicates that economic mobility is better for HBCU students than for students who attend other schools.

With this new spotlight on HBCU alumni and emerging leadership, will the Black colleges finally get the help they need?