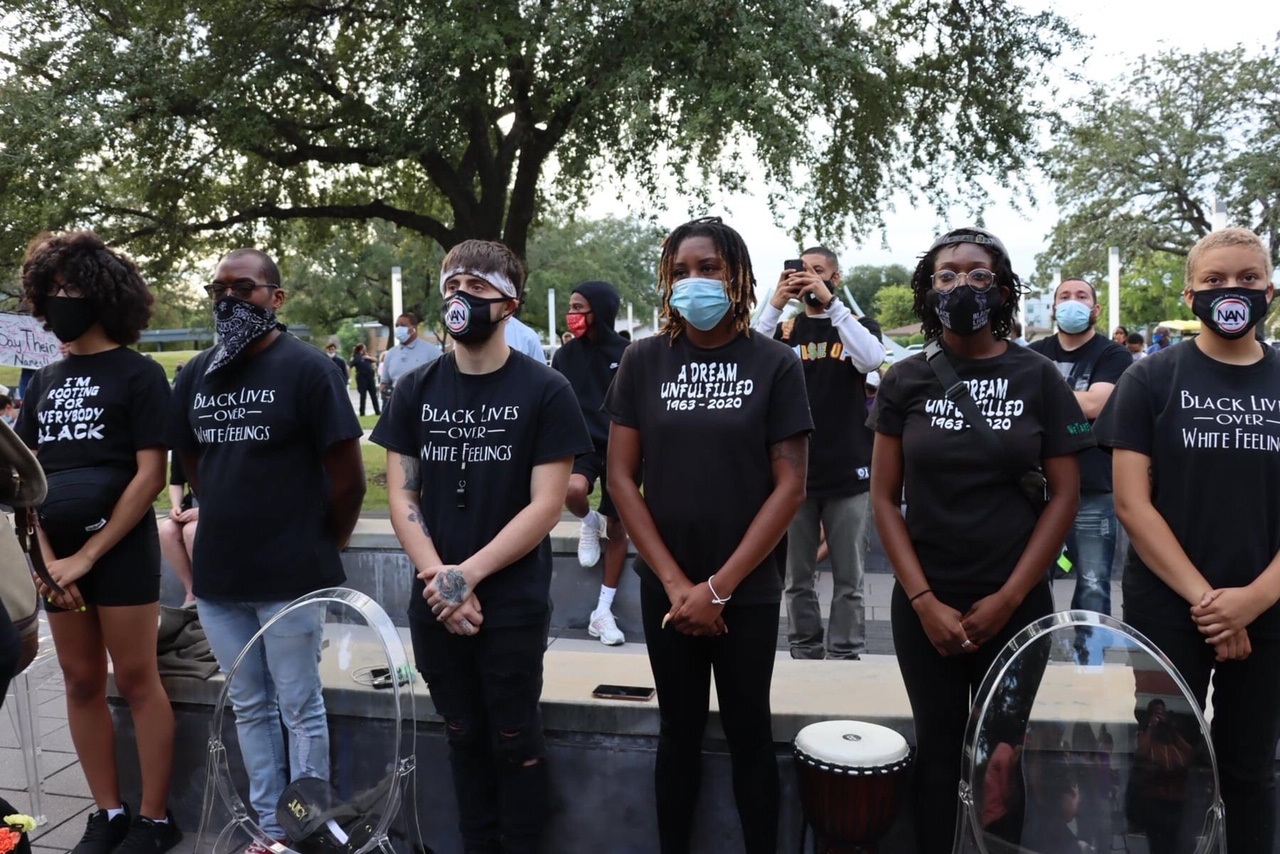 HOUSTON – The “Say Their Names” memorial exhibit honoring Black Americans whose lives have been lost due to social injustice, police brutality and racism is on display at Emancipation Park.

The exhibit will last through October 13.

The Houston installment is made possible thanks to local rapper, activist and philanthropist Trae Tha Truth, who reached out to organizers after seeing the display on social media.

“It wasn’t getting the recognition it needed but I felt it was dope. I knew there were a lot of people across the world who would love to pay their respects and see something like this,” Trae said during the unveiling event on Monday.
Several state and city leaders, including Congresswoman Sheila Jackson Lee, State Representative Ron Reynolds, Commissioner Rodney Ellis and Houston Mayor Sylvester Turner were also in attendance.

“As the mayor of Houston and a person of color, there are so many strong emotions that are evoked from this display of over 200 photos of people who are no longer physically with us. You simply cannot take that walk without feeling their spirit. For the next 15 days, Emancipation Park will be a place of healing and reflection to commemorate the lives of those who were taken away from us too soon.

Ramon Manning, board chairman of Emancipation Park Conservancy, said they were honored the exhibit would be on display at the historic park.

“It is fitting that this exhibit will have a temporary home at Emancipation Park for the community to experience,” said Manning. “Amidst the racial unrest and challenges being faced in the African American community, this exhibit provides an opportunity to honor lives lost and start an open dialogue surrounding peaceful social reform in our country.”

Created by Emily Proctor, The Say Their Names Memorial is a nationwide grassroots initiative featuring over 200 photos of Black victims whose lives were lost to racial injustice. The exhibition was started in Portland, OR, on Juneteenth 2020, and has been put up in over 25 locations nationwide.

The Say Their Names Memorial group also shares photos and information with individuals and communities who want to create memorials in their own neighborhoods.

Emily Clarke is the organizer of the Dallas exhibit, and DeRonica Horn is the Houston exhibit organizer. — AANI