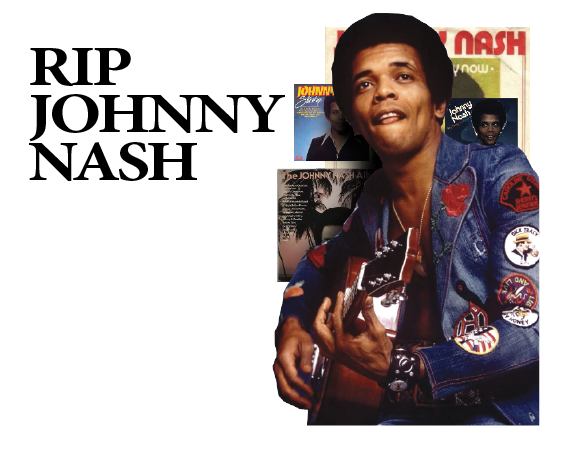 Legendary singer “Johnny Nash,” best known for his 1972 hit “I Can See Clearly Now,” died Oct. 6 due to natural causes at his home in Houston. He was 80 years old.

John Lester Nash Jr. was born in Houston on Aug. 19, 1940 to Eliza (Armstrong) and John Lester Nash. He sang in the choir at Progressive New Hope Baptist Church in South Central Houston as a child. Beginning in 1953, Nash sang covers of R&B hits on Matinee, a local variety show on KPRC-TV; from 1956 he sang on Arthur Godfrey’s radio and television programs for a seven-year period. Nash was married three times, and had two children.

Signing with ABC-Paramount, Nash made his major label debut in 1957 with the single “A Teenager Sings the Blues.” He had his first chart hit in early 1958 with a cover of Doris Day’s “A Very Special Love.” Marketed as a rival to Johnny Mathis, Nash also enjoyed success as an actor early in his career, appearing in the screen version of playwright Louis S. Peterson’s “Take a Giant Step” in 1959.

Around 1966 or 1967, Nash met Bob Marley, Bunny Wailer, Peter Tosh, and Rita Marley at a party and they introduced him to the local music scene. He became one of the first non-Jamaican artists to record reggae music in Kingston.

Younger audiences were introduced to Nash’s music with the appearance of Jimmy Cliff’s cover of “I Can See Clearly Now” in Disney’s 1993 hit film Cool Runnings, and Nash’s original version appeared over the opening scene of John Cusack’s 1997 film, Grosse Point Blank. In May 2006, Nash was singing again at SugarHill Recording Studios and at Tierra Studios in his native Houston.

His legacy will never be forgotten.