It is an accident of history that this child was not your son, brother or cousin. If you didn’t know the definition of unconscionable, you will after you read this. Let me give a disclaimer to you, this article is not for the timid and faint-hearted.

The soon-to-be ex-President has been on a pardoning crusade and now has set free four convicted child murderers. Our tax dollars employed armed contractors from the Blackwater firm to protect Americans in Iraq. After the tragedy of 9/11, our country invaded a country that had nothing to do with the attack. In order to protect our people and presence in Iraq, we hired armed contractors from the private Blackwater firm. They opened fire on civilians at a traffic stop near the Green Zone. In the end, 14 civilians were killed on that day in 2017. 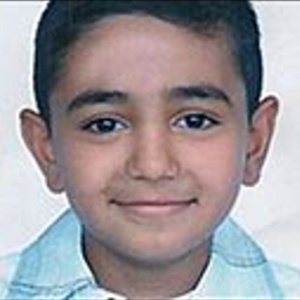 Ali was a 9-year-old child in a vehicle with his family. He was shot through the head. When his father arrived, his skull was open, and his brain was pouring in the streets. His father gathered the separated brain and put it back in his skull and took him to the hospital. Tragically, the hospital was overwhelmed with victims and could not address the little boy’s fatal wounds.

According to Brown University, over 200,000 innocent civilians have been killed in Iraq from 2003-2011. President- elect Joe Biden was seduced to vote for this war. Of course, he regrets his affirmative vote.

Ali’s father and family believed that after the despised former ruler and dictator – Saddam Hussein – was overthrown that the United States would bring the rule of law.

Because of this crime, underwritten by our tax dollars, 12 contractors were convicted of murder, manslaughter, weapons charges and sentenced to 12-15 years in prison. Two weeks ago, President Trump gave them a get out of jail free card.

Trump was described by Dr. Mary Trump, his niece, as the most dangerous man in the world. She says that he was created by a toxic family culture.

As American citizens and as global citizens, all of us share in the sin and shame of the massacre and Ali’s death.

The presidential pardon process was understood as a method to correct wrongs of the judicial system. Now we have a moral and ethical dilemma. Why not pardon Ed Snowden of Wiki-Leaks who exposed US war crimes and other secrets? Maybe Trump needs to become a king and pardon himself and his family for crimes that they have not been charged with?

This is about more than pointing fingers regarding the death of Ali. This is all about our national character. This is about how America gets a new heart and spirit within the citizens of the nation. Yes, a revival that will lead to sanctification for the whole nation because our national sins are breaking the restraints. Our moral constitution is suspect because the dishonorable behavior never pauses.

During the Biden – Harris reign, we need to send a peace and justice message to war criminals. Let’s bracket the message on both ends with “NOT IN MY NAME.”

As we begin 2021, remember the words of Mohamed, Ali’s father, who has moved to America to fight for justice.

“I don’t know how this is allowed. I don’t think that America is built on such principles,” he said in an interview, “but there must be a way. If not in the earthly courts, then with God. God will not let them go.”