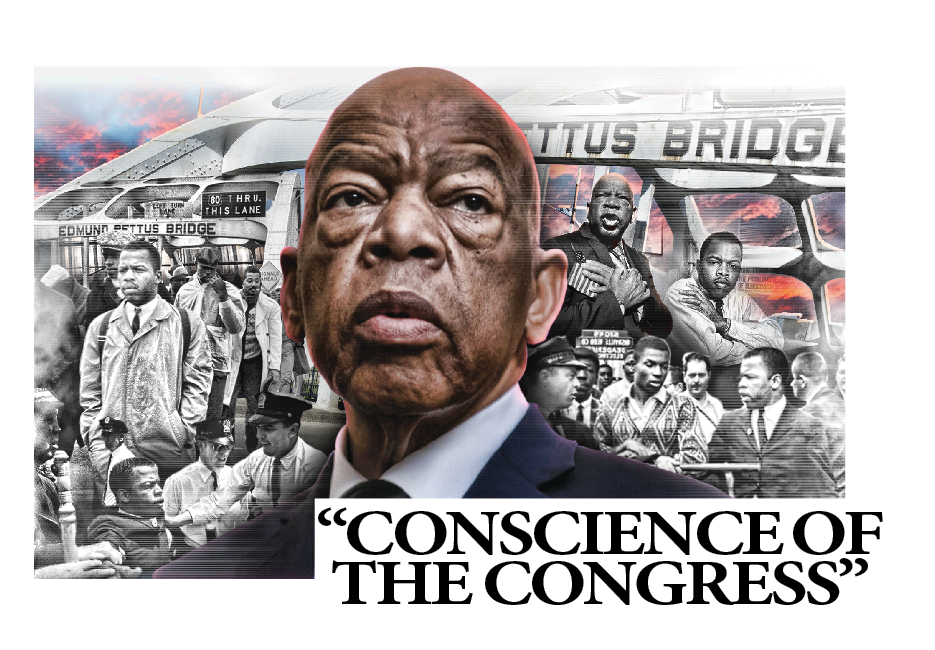 “God is not the author of confusion, but of peace, as in all churches of the saints.” Congressman John Lewis was such a saint, and now he is a historic legend. From humble religious beginnings, Lewis was one of the courageous leaders who marched shoulder to shoulder with Dr. Martin Luther King Jr. and other civil rights notables. Congressman Lewis dedicated his life to protecting human rights and securing civil liberties for all Americans. Because of his dedication to the highest spiritual-ethical-moral-standards, he will be remembered as the “Conscience of the Congress,” and the vanguard of the Civil Rights Movement/Human Rights Movement. Lewis is one of the many civil rights saints that talked the talk, walked the walk, and allowed his mind to be centered on service to others, and living by this scriptural verse: “Let this mind be in you, which was also in Christ Jesus, who being in the form of God, thought it not robbery to be equal with God: but made himself of no reputation, and took upon him the form of a servant.” (Philippians 2: 5-7). John Lewis was such a man!

We have known earthly saints such as many of our own fathers, mothers and grandparents. Lewis was an individual on the spiritual-order of many of our forefathers (ancestors), because he was a spiritual example of his own teachings. For what greater love can a man have for others than the spiritual-moral-courage to place his own life on the front-line of brutal injustice fighting for freedom for others, and willing to suffer the dire consequences? What a Saint! Good soldiers are not afraid to suffer for the sake of righteousness. John Lewis was such a leader. What a Saint! There are those who spiritually profess to know God, but deny God in their life’s work, and they do not promote spiritual health in themselves or others. Lewis was a fighter for justice/freedom because he was grounded in Biblical Truths and was not swayed by the corrupt political powers of this world. What a Saint! Lewis was not a carbon copy, because he walked in the light of God, and: “If we walk in the light, as he is in the light, we have fellowship one with another.” There are servant-leaders and self-serving-leaders. Lewis knew that: “the battle is not yours, but God’s.” Because: “Be not deceived; God is not mocked: for whatsoever a man soweth, that he also reap.” Lewis understood this spiritual principle, because his life was a living spiritual testimonial example. Therefore, well done, Congressman John Lewis, a good and faithful servant, you kept the Faith, fought the good fight, and now God has your eternal spiritual reward. Rest in peace, and as Congressman Elijah Cummings once said: dance with the Angels. Know this, America: God Is In Control, because: “The earth is the Lord’s, and the fullness thereof; the world, and they that dwell therein.” (Psalm 24:1). Selah!