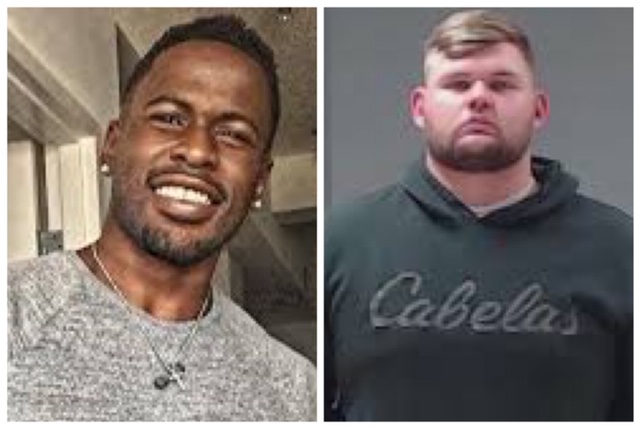 WOLFE CITY, Texas — A white cop has been arrested and charged with murder after shooting a good Samaritan who was trying to de-escalate an altercation outside a convenience store near Dallas. Just another murder of an innocent Black man in the name of systemic racism and abuse of power.

According to documents, Lucas was responding to a call about a possible fight in progress Saturday evening at the 100 block of Santa Fe Street in Wolfe City, which is near Dallas.

Price was initially thought to be involved in the disturbance, but he was not. His family says he was trying to break up an altercation between a man and a woman in front of Kwik Chek convenience store before police arrived at the scene.

Documents state at one point, the officer attempted to detain Price, but the Black man “resisted in a non-threatening posture and began walking way.”

Lucas then used his Taser on Price, then pulled out his gun and shot him in cold blood.

Price was transported to Hunt Regional Hospital where he was later pronounced dead. Price’s family said he had been shot three times.

A preliminary investigation determined the officer’s actions “were not objectionably reasonable.”

Just as in other high-profile incidents where officers killed or severely injured Blacks, including George Floyd, Breonna Taylor, Rayshard Brooks and Jacob Blake, protesters took to the streets demanding justice.

Now, add the citizens of Wolfe City to the growing list.

A vigil was recently held for Price, who has been described as a “pillar of the community.”

His family is being represented by civil rights attorney Lee Merritt, who said of Lucas’ arrest, “This is step one. Let’s see it through to justice.”