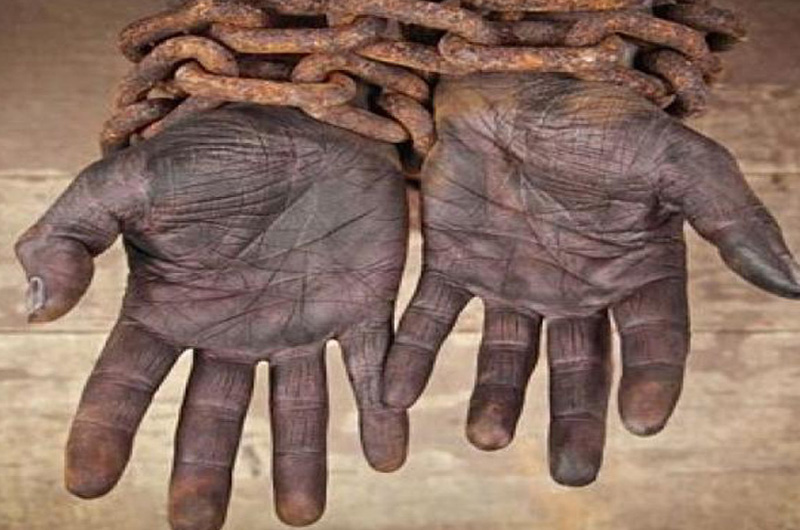 “The United States of America is derelict in its promise to “Life, Liberty and the Pursuit of Happiness” to African American people. That dereliction has caused 400 years of significant wealth to millions and significant suffering to the descendants of those enslaves Africans who built this country is satisfied with monetary and substantial reparations to the same.” – Excerpt from Dallas County Resolution in Support of Reparations

As Whites still struggle with accepting past history and some Blacks run from it, the truth is reparations is not a dirty word.

Dallas County Commissioner John Wiley Price stepped up to sponsor and pass a resolution to bring the issue back into the limelight at a time when Texans focus and celebrate Juneteenth – recognition for freedom and the extra 2.5 years of free duty and labor slaves gave to White Texans who failed to release Negros in conjunction with the original Emancipation Proclamation of 1863.

“The apology was  made by the U.S. Congress, but now it is time to take the issue to the next level,” Price said in an exclusive interview with African-American News&Issues. “We don’t need celebrations, we need to wake up and realize what is at stake here. Accountability and active debate is the next step  and I am doing what needs to be done to increase awareness and bring reparations discussions out of the shadows.”

He sent a copy of the resolution to every African-American church in Dallas-Fort Worth area to stimulate serious dialog and action on the subject.

Subsequently, the historical delay in Texas meant that Blacks were held hostage an additional three years by slave owners took advantage and Texas was indeed in violation of federal laws at the time. – That free labor made millions for plantation owners.

Thus the call for reparations starts a new chapter of increasing awareness and demanding accountability for the underhanded treatment of Blacks by White wealthy Texas landowners who amassed fortunes and lived in a lap of luxury while slaves were not even considered human.

Price said it’s time for Blacks to wake up and for Whites to face the music about the need for reparations for the decades of physical and emotional abuse, the tearing down the inner souls of Black people and the ripping apart of family structures and ruling Blacks with iron fists of intimidation and mind control. It has had a devastating effect on the Black family and on community, social and mental development.

“Some still will not accept what happened and fail to take responsibility for history,” he said. “I have sent a message that we will not allow anyone to tone down the message or muddle what happen to us as a people or what that history means to us. It  is very serious how this treatment has affected and impacted us as a Black people.”

In the resolution read before the commission and later presented to a delegation of Dallas pastors, Price recounted some of the vile and cruel history our ancestors faced and endured at the hands of slave masters.

Price said one of the best writing on reparations in modern times was done by Black historian and writer Ta-Nehisi Coates. Coates shared an in depth history of reparations and the racism, horrors and realities and chains of events that prevented Black people from true freedom, equality, equal opportunity, equal housing and loans.

“His historical account in the Atlantic Monthly is strong and powerful,” he said. “It truly states the case for reparations and is the most powerful 40-page document I have seen yet.”

In the brilliant academic essay’,“The Case for Reparations”, he notes clearly that African Americans have endured 250 years of slavery, 90 years of Jim Crow, 60 years of separate but equal, 35 years of racist housing policies after the Civil Rights Bill.

According to HB 194 of the 110th U.S. Congress extended its apologies for the stench of slavery and commenced with the revelation;  that “Millions of Africans and their descendants were enslaved in the United States and the 13 American colonies from 1619 through 1865”.

The resolution offered proof and Price outlined some important key Historical snippets to remind and prove to America how serious the issue is for a people that still appears today to be wandering in the wilderness.

Some damaging evidence in this argument for reparations comes from the Congressional document itself.

Africans forced into slavery were brutalized, humiliated, dehumanized, and subjected to the indignity of being stripped of their names, heritage and culture with families were tom apart after having been sold separately from one another.

Slavery was not officially abolished until the passage of the 13th Amendment to the United States Constitution in 1865 after the end of the Civil War; after emancipation from 246 years of slavery, African-Americans soon saw the fleeting political, social, and economic gains they made during Reconstruction eviscerated by virulent racism, lynchings, disenfranchisement, Black Codes, and racial segregation.

The system of racial segregation known as Jim Crow, which arose in certain parts of the Nation following the Civil War to create separate and unequal societies for Whites and African-Americans, was a direct result of the racism against persons of African descent engendered by slavery.

A Century after the official end of slavery in America, Federal action was required during the I 960s to eliminate the dejure and defacto system of Jim Crow throughout parts of the Nation, though its vestiges still linger to this day

Even modern White former leaders of the free world state how dehumanizing, devastating  and atrocious slavery was and the ripple effect it has caused on a people decades in its aftermath.

President George W. Bush acknowledged slavery’s continuing legacy in American life and the need to confront that legacy when he stated that slavery was “One of the greatest crimes of history’.

President Bill Clinton also acknowledged the deep-seated problems caused by the continuing legacy of racism against African-Americans that began with slavery.

Slavery, discrimination and egregious impediments to building or sustaining wealth were legislated and condoned by the United States government in all three of its constitutionally affixed branches of government.

Today according to the Pew Research Center, White households are worth roughly 20 times as much as Black households and although only 15% of Whites have zero or negative wealth, more than 35% of Blacks fell below that line.

Another startling fact is that the entrenched gap and wealth is highlighted by the fact that Black families making $100,000 typically live in the kinds of neighborhoods inhabited by White families making $30,000 a year.

In 2010 the Justice Department filed a discrimination suit against Wells Fargo alleging that the bank shunted Blacks into predatory loans regardless of the credit worthiness and had an emerging markets unit specifically targeting Black churches sand its template of discrimination went viral through American banking institutions.

As a result of the cruel practices and polices enacted by government and financial institutions to hinder Blacks, has contributed to the loss of human dignity, frustration of careers and professional lives, and a long-term loss of income and opportunity.

“No one is going to automatically award us anything,” Price said. “If we are not standing up and saying it and we are not demanding it, we will get absolutely nothing.”