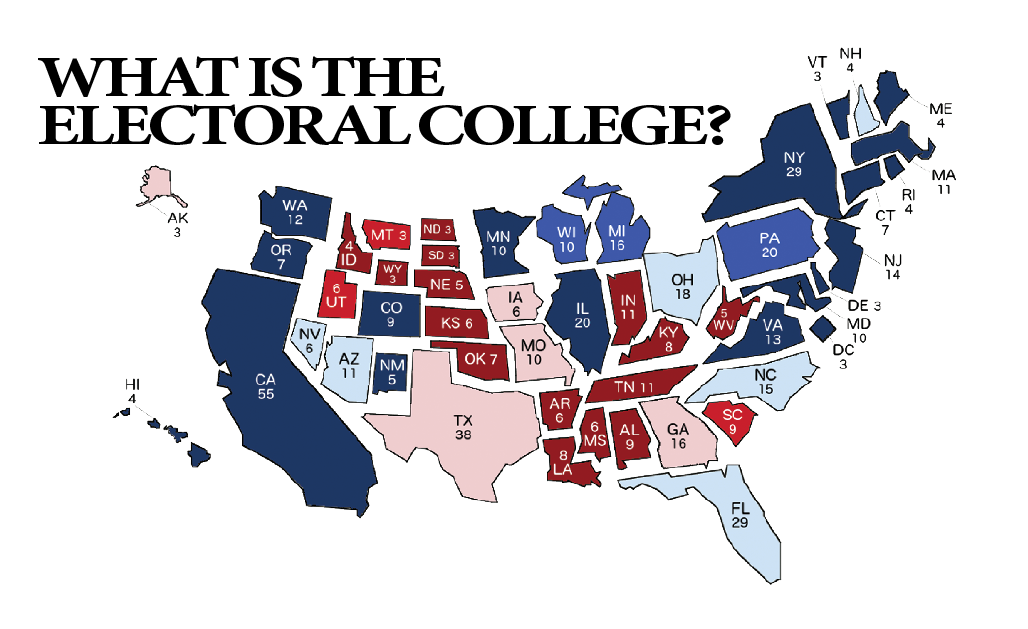 What is the process?

How many electors are there?

The Electoral College consists of 538 electors. A majority of 270 electoral votes is required to elect the President. Your state has the same number of electors as it does members in its Congressional delegation: one for each member in the House of Representatives plus two senators.

How are the electors chosen?

Each candidate running for President has his or her own group of electors (known as a slate). The slates are generally chosen by the candidate’s political party in your state, but state laws vary on how the electors are selected and what their responsibilities are.

Which states have the most electoral votes?

What happens in the general election?

The general election is held every four years on the Tuesday after the first Monday in November. When you vote for a Presidential candidate, you are actually voting for your candidate’s preferred electors.

Most states have a “winner-take-all” system that awards all electors to the Presidential candidate who wins the state’s popular vote. However, Maine and Nebraska each have a variation of “proportional representation.”

What happens after the general election?

The meeting of the electors takes place on the first Monday after the second Wednesday in December, after the general election. The electors meet in their respective states, where they cast their votes for President and Vice President on separate ballots. Your state’s electors’ votes are recorded on a Certificate of Vote, which is prepared at the meeting by the electors. Your state’s Certificate of Vote is sent to Congress, where the votes are counted, and NARA, as part of the official records of the Presidential election.