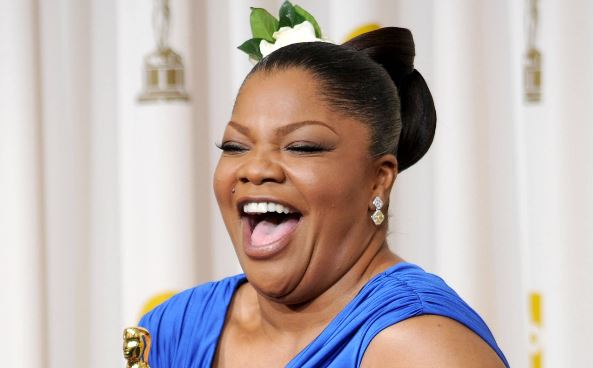 HOLLYWOOD – Will Mo’Nique finally have a “let go and let God” moment with Netflix after finally landing a well-deserved comedy special with Showtime? Mayybbeeeee, but we doubt it.

“Mo’Nique & Friends: Live from Atlanta,” which was filmed at the city’s Variety Playhouse, will premiere on Feb. 7, and it will be her first major comedy special in a decade. The showcase will also feature Donnell Rawlings, Prince T-Dub, Just Nesh, Tone-X and Correy Bell.

The Academy Award winning actress and comedian went on the attack against Netflix, claiming that the streaming service only offered her $500,000 for a special, but offered white and male comics significantly more. Specifically, she filed a lawsuit claiming Jerry Seinfeld signed a $100 million deal in 2017 for two stand-up specials and an interview show, and Dave Chapelle was paid $60 million for three comedy specials. Netflix also reportedly paid Chris Rock $40 million dollars and Ricky Gervais $40 million for two specials. Mo’Nique said Amy Schumer was first offered $11 million for a special but was able to re-negotiate it up to $13 million.

The lawsuit stated, “When the talent was not a Black woman, Netflix offered to pay, and did pay, astronomically more than it pays to Black women like it offered to Mo’Nique.”

In newly- filed documents obtained by The Blast, Netflix says, “Plaintiff fails, however, to allege any facts showing that the compensation offered her was the product of discrimination. To the contrary, her Complaint contradicts its core premise by noting that other persons of color, other women, and another African- American woman (like Plaintiff) have been paid substantially more money to create comedy specials for Netflix’s streaming service than what was offered to Plaintiff. And Plaintiff fails to explain why she was entitled to be offered what the stars to whom she compares herself were offered for creating such comedy specials.”

Netflix says the evidence will show Mo’Nique was not discriminated against and are asking the court to dismiss the case.

And while we don’t expect her to withdraw, will she finally move on from the public controversy?

Mo’Nique and comedian/actor Steve Harvey had a battle of differing opinions when he interviewed her on his talk show, and other entertainers have spoken out saying, while Mo”Nique is indeed talented, she is not the same type of “draw” as groundbreaking comedians like Seinfeld and Chapelle.

Out thoughts? She has the right to feel the way she does and we’ll all just have to wait and see what happens.