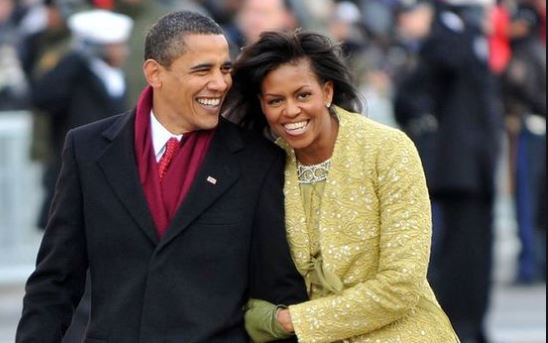 Barack and Michelle Obama are definitely among the most admired couples in the world in terms of #RelationshipGoals, and when it comes to Black America, they are a model we all try to follow for health, wealth, happiness, success and loyalty.

The Obamas made history, becoming the first African American president and first lady in the United States. Many thought it couldn’t happen, but the Obamas withstood the test of time, shaking off all haters, racists and political adversaries, with our “Forever President” serving for two terms. He is arguably one of the best presidents of all time.

“Barack and I spent eight years trying to operate in complete perfection because we didn’t feel like we had a margin for error,” the first lady told Sarah Jessica Parker in December when her “Becoming” tour stopped at Brooklyn’s Barclays Center for a Q&A. “Which we were used to, because oftentimes when you’re the first or the only, the bar shifts a lot. The bar gets set, you meet it, you exceed it, they move the bar.”

The First Family made the “American Dream” attainable for every young black boy and girl looking up to them. And setting the bar high was in both of their DNA. The two were go-getters from the start.

Barack — or Barry as others called him — was a 27-year-old Harvard Law School student beginning work as a summer associate at a Chicago firm when he was paired with 25-year-old Michelle Robinson, another Harvard Law graduate, who was to be his mentor.

It is safe to say it was love at first sight for him, not so much for her. She wanted to keep everything professional, thinking it would be “tacky” for the only two black associates at the firm to date each other.

His persistence paid off and after a first date to a movie to watch Spike Lee’s “Do the Right Thing” and a trip to Baskin-Robbins ice cream, Michelle was sold and the rest, as they say, is history.

The two got married on Oct. 3, 1992 in Chicago, had two beautiful daughters – Malia and Sasha — and Michelle stood by her man as he chased his political dreams.

Barack Obama was elected to the Illinois Senate in 1996, the U.S. Senate in 2004 and later made history when he and his wife took residency at 1600 Pennsylvania Avenue after a stunning 2008 presidential victory.

A tough act to follow. Forever our president and first lady. We salute you!