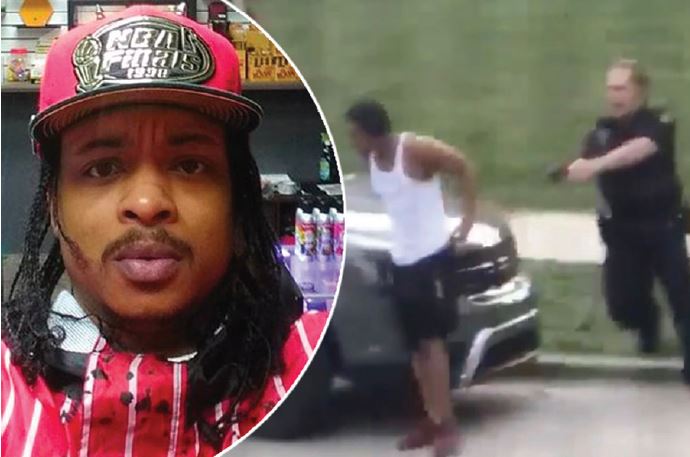 A black man shot seven times in the back by police in front of his children. Three police officers placed on administrative leave. Two protesters killed and a white man accused in the killings arrested peacefully by white officers.

Is it a surprise? Many say not.

The latest miscarriage of justice began to unfold on Aug. 23 in Kenosha, Wisconsin.

On that day, a woman called police saying, “her boyfriend was present and was not supposed to be on the premises,” authorities said.

Full details surrounding the incident are unknown, but when officers arrived, they encountered Jacob Blake Jr.

A video filmed by a neighbor shows Officer Rusten Sheskey, who’s been with the police department for seven years, following Blake and pulling on his tank top as Blake tried to enter an SUV. His three children — ages 3, 5 and 8 years old — were inside the vehicle. Shots rang out.

“They shot my son seven times, seven times. Like he didn’t matter. But my son matters,” Jacob Blake Sr. said.

Sheskey and two other officers who were present at the shooting were placed on administrative leave.

“Jacob did nothing to provoke police,” Crump said. “He was a great father and was only intending to get his children out of a volatile situation.”

Blake suffered injuries to his spine and internal organs. His family reports he is partially paralyzed.

Demonstrators took to the streets to protest the shooting of (yet another) Black man by (yet another) white officer, and armed “vigilantes” were also out in full force.

Demonstrators scuffled with a group of men carrying long guns who claimed they were protecting the area from looting.

Two men, a 26-year-old and a 36-year-old from Kenosha County, were killed, and a third person was injured, according to authorities. Cellphone video taken shortly before the shooting showed police officers thanking armed civilians for being on the streets after curfew and handing them bottles of water.

Recently released video appears to show 17-year-old Kyle Rittenhouse opening fire in the middle of the street with a semi-automatic rifle.

I just killed somebody,” the shooter could be heard saying.

Another video shows police letting Rittenhouse walk past them with a rifle over his shoulder and his hands in the air. He then leaves the scene as members of the crowd were yelling that he had shot people. A few days later, Rittenhouse was arrested charged with first-degree intentional homicide.

Rittenhouse’s social media pages show he is a Trump supporter, and a video shows Rittenhouse stood in the front row of a Trump rally in Iowa in January.

President Trump expressed his views about the protests on Twitter.

“I will be sending federal law enforcement and the National Guard to Kenosha, WI to restore LAW and ORDER!” he wrote on Twitter, adding, “We will NOT stand for looting, arson, violence, and lawlessness on American street.”

Black America is taking a stand, saying this has nothing to do with “law and order.”

Protests over Blake’s shooting expanded to sports, where the N.B.A. postponed multiple playoff games on Wednesday after the Milwaukee Bucks boycotted their matchup with the Orlando Magic. The Houston Rockets also joined the protest.

Former Rockets player and current sports broadcaster, Kenny Smith, walked off the set of “NBA on TNT” in solidarity with the protest.

“Before I am an athlete, I am a black woman,” she said, continuing, “Watching the continued genocide of Black people at the hand of the police is honestly making me sick to my stomach. I’m exhausted of having a new hashtag pop up every few days and I’m extremely tired of having this same conversation over and over again. When will it ever be enough?”

“Some things are bigger than basketball,” Bucks senior vice president Alex Lasry wrote on Twitter. “The stand taken today by the players and org shows that we’re fed up. Enough is enough. Change needs to happen. I’m incredibly proud of our guys and we stand 100% behind our players ready to assist and bring about real change.”

We agree. ENOUGH IS ENOUGH! — AANI