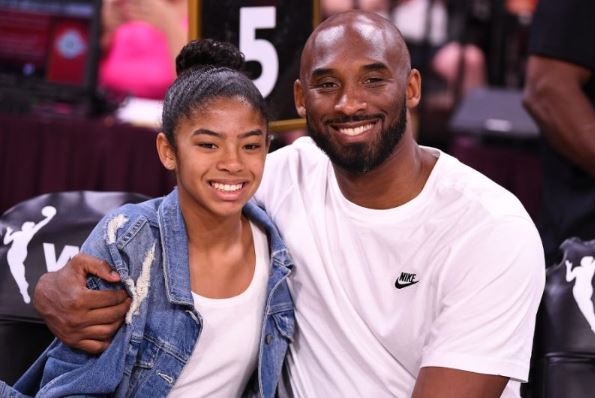 Nine people were onboard Bryant’s private helicopter when it crashed. No one survived.

TMZ was the first outlet to confirm the 41-year-old athlete and his daughter “GiGi” were on their way to Mamba Academy for basketball practice when the crash occurred.

Bryant has been using his personal helicopter, a Sikorsky S-76, to travel dating back to his Lakers years. He was known for commuting from Newport Beach, CA to the STAPLES Center in downtown LA.

Capt. Tony Imbrenda, LA County Fire Department, said the crash happened at 10 a.m. The cause of the crash is under investigation and the identities of the other victims have not yet been released.

Bryant was born in Philadelphia, Pa. He is the youngest of three children and the only son of former NBA player Joe Bryant and Pamela Cox Bryant.

The “Black Mamba,” as he is called, earned national recognition during a spectacular high school career at Lower Merion High School in Ardmore, Pa.

Bryant was selected 13th overall in the NBA Draft by the Charlotte Hornets, but was traded to the Lakers where he spent his entire 20-year basketball career.

Bryant also became the first basketball player to win a NBA title and an Academy Award.

RIP Kobe. This is heartbreaking
unbelievable

Most people will remember Kobe as the magnificent athlete who inspired a whole generation of basketball players. But I will always remember him as a man who was much more than an athlete. pic.twitter.com/9EZuwk8wrV

There’s no words to express the pain Im going through with this tragedy of loosing my neice Gigi & my brother @kobebryant I love u and u will be missed. My condolences goes out to the Bryant family and the families of the other passengers on board. IM SICK RIGHT NOW pic.twitter.com/pigHywq3c1

The Raptors and Spurs both took 24-second violations  at the beginning of the game to honor Bryant and his jersey number, 24.

The Raptors and Spurs both took 24-second violations at the start of their game in honor of No. 24, Kobe Bryant.

The crowd gave a standing ovation along with Kobe chants. pic.twitter.com/C2VD5iZez9

Continuing to move the game forward @KingJames. Much respect my brother #33644