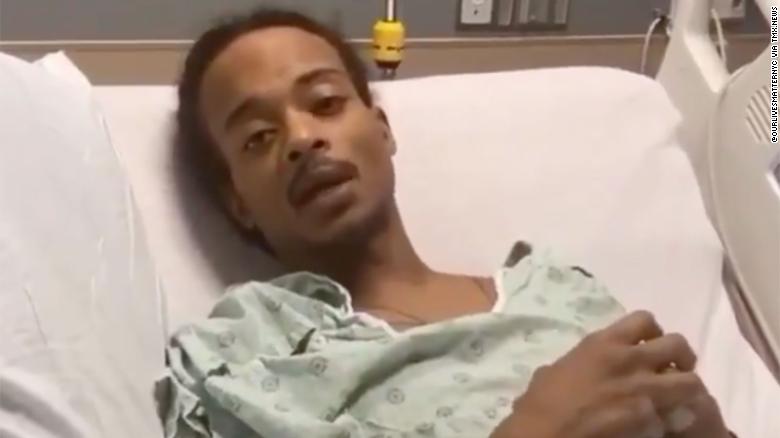 From his hospital bed, a now paralyzed Jacob Blake Jr., who was shot seven times in the back by a Kenosha, Wisconsin police officer, delivered a powerful message about the shooting.

As seen on video, Blake was gunned down in August by the officer as he tried to enter the driver’s side door of an SUV. His three children — ages 3, 5 and 8 — were in the car at the time.

The state’s Department of Justice is investigating the shooting, which has caused more protests across the country.

President Donald Trump has not visited nor called Blake, claiming that the family wanted to involve lawyers, in which he disagrees.

Blake’s father, Jacob Blake Sr., said the family does not have a pastor and did not know of whom Trump was referring to, adding that he only had one thing on his mind.

“I’m worried about my son, and we’re not dealing with politics,” he said.

Wearing a hospital gown, Jacob Blake Jr. spoke candidly, telling the world what he was going through.

His message is something everyone, especially the youth, should pay attention to.

“I just want to say man, to all the young cats out there and even the older ones, older than me that it’s a lot more life to live out here, man.

Your life, and not only just your life, your legs, something that you need to move around and to move forward in life can be taken from you like this [snaps finger] man.

And I promise you, the type of s*** that you will go through – staples, I got staples in my back, staples in my damn stomach – you do not want to have to deal with this s***, man.

Twenty-four hours, every 24 hours it’s pain, it is nothing but pain.

Please, I’m telling you, change your lives out here. We can stick together, make some money, make everything easier for our people out there because there’s so much time that has been wasted.”

At the end of the day, we are not invincible, and there is a TARGET ON OUR BACKS, BLACK AMERICA! Every day we leave our homes, we do not know if, or in what condition, we will return. So in the meantime, stay vigilant, stay safe and STAY WOKE!