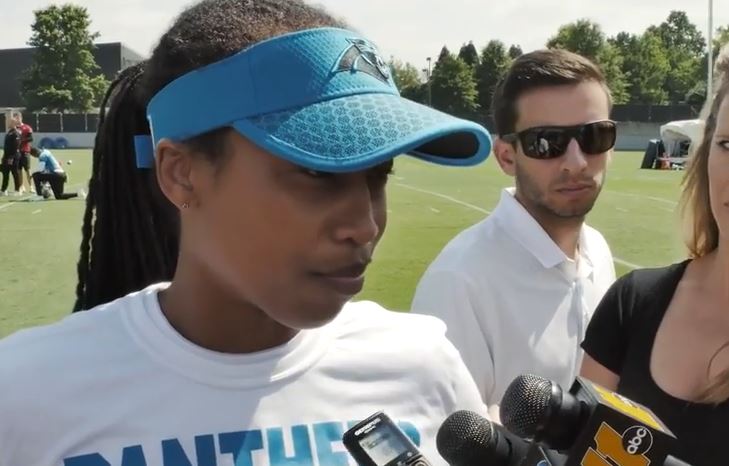 ASHBURN, Va. — Is there NOTHING a BLACK WOMAN can’t do? According to ESPN sources, the Washington Redskins are working to make Jennifer King the first African American female full-time assistant coach in the NFL.

King would join the staff as an offensive assistant, a source told ESPN’s David Newton.

The following information was fully obtained by ESPN.com.

Redskins coach Ron Rivera hired King as a wide receivers coaching intern for the Carolina Panthers the past two summers. She also was an offensive assistant with Dartmouth College this past fall.

The Athletic first reported that the Redskins are working to hire King.

Multiple sources said she met with members of the organization before the Super Bowl. The Redskins hired Rivera in January.

King previously coached the Johnson & Wales University women’s basketball team, guiding it to a Division II championship in 2018. She also played for the New York Sharks in the Women’s Football Alliance and served as an assistant receivers coach for the Arizona Hotshots in the Alliance of American Football.

King first met Rivera in 2016 at an NFL Women’s Careers in Football Forum. Rivera told ESPN in 2018 that he could envision a day when a woman becomes a coordinator or even a head coach.

“Part of it, it’s all about the fan base,” Rivera told ESPN at the time. “It’s also knowing the moms out there that understand the game. It’s important because they really do control as to whether their kids are going to play. This is something that has to be developed.”

We say CONGRATULATIONS to King for her groundbreaking accomplishment!

Also, check out 2018 video of King talking about her coaching internship with Carolina Panthers.