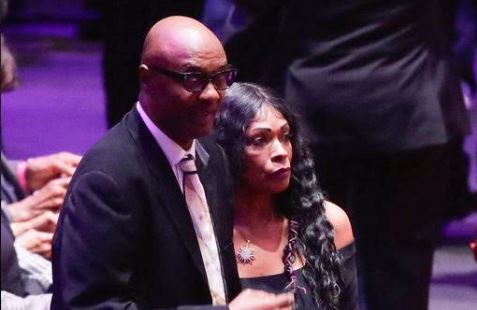 LOS ANGELES — It was a somber, star-studded event as celebrities, athletes and other who’s who of the nation joined fans in mourning at the Staples Center, also known as “The House that Kobe Built” for a “Celebration of Life” in honor of the late Lakers legend and his 13-year-old daughter, who died together in a tragic helicopter crash.

What seemingly overshadowed the moving tributes paid by other legends, including Michael Jordan, Shaquille O’ Neal, Beyoncé and Alicia Keys, the focus turned to the lack of acknowledgement Kobe Bryant’s parents received, especially from his widow, Vanessa.

On 2/24/20, a day ironically matching the retired jersey numbers for Kobe (24) and his beloved daughter Giana aka “GiGi” (2), the public said a final goodbye to them and seven others who also perished in the crash. The “20” of the date, according to Vanessa Bryant, signified the number of years the husband and wife shared together, and the number of years Kobe spent as a Laker. 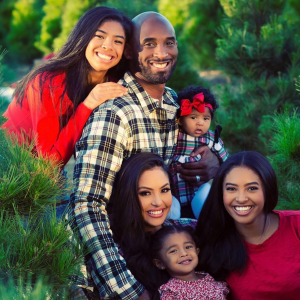 All eyes were obviously on Kobe’s widow and surviving children, but some fans were angry that his mother, Pam, and father – former NBA player Joe “Jellybean” Bryant – were barely mentioned. Fans lit up social media, expressing their frustration. Fans also felt Kobe’s two sisters, Sharla and Shaya, were also slighted.

One of the most vocal was Twitter user Angela Blair, whose tweets caught the eyes of several publications.

“It would be a SHAME before GOD if they exclude #Kobe’s parents from speaking at the services today! I dont care WHAT happened! That would be COLD! NEVER forget! Do the right thing! Period! #KobeFarewell #KobeandGianna #JoeBryant #JellyBeanBryant #kobeandgigi #kobememorial,” @Angela_Blair tweeted.

“Much Love to #JoeBryant & #PamBryant – Without them, there would be no #KobeBryant #MambaOut #Acknowledged #KobeFarewell #kobememorial #KobeandGianna #JellyBean” posted @Angela_Blair with a photo of a younger Kobe embracing his parents.

Fans were relieved when the original “D-O-Double G,” Snoop Dogg, a true friend of Kobe’s, sent well wishes to his parents.

“Sending love and. Prayers to momma. And Pappa Bean Bryant. thank u for giving us. Kobe we love y’all and praying for your strength as parents to keep moving on from the. Broadus family,” he captioned the photo of Kobe’s parents, Joe and Pam, from the ceremony,” Snoop tweeted.

Fans thanked him for speaking up.

“Thank you for honoring his parents. I was disappointed no one was sending love to them and his sisters. The end of the day, they are his parent, and everyone should have honored them because they are hurting too,” one wrote.

Shaq also acknowledged the parents, publicly stating, “Whatever you need, I’m here for you.”

It was public knowledge that there had been a rift between Kobe and his parents at times, with the parents unwilling to attend to the wedding of Kobe and Vanessa in 2001, to a dispute over the parents auctioning off some of Kobe’s basketball memorabilia without notifying him in 2013.

In a 2016 interview, Kobe told ESPN that his relationship with his parents was “sh*t,” adding that he was proud of his sisters for starting their own careers and not relying on him financially. In fact, Kobe cut them off monetarily, he said, so that they could develop themselves and not be resentful toward him.

A friend of the family said Kobe was mending the relationship with his parents before his untimely death.

Despite it all, grief is undoubtedly being felt deeply throughout the entire Bryant family. We sed our prayers to his parents, his siblings and his daughters; 17-year-old Natalia, 3-year-old Bianka, and Capri, who is 7 months old.