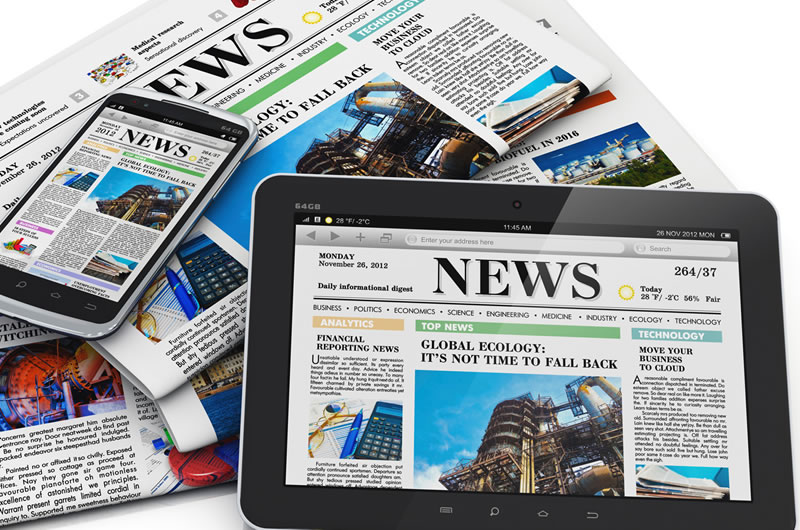 “In reality of a White racist America they (cannot) speak to our needs better than they can speak to their own needs. It is not reverse racism to strengthen the Black press. People must speak to their unique needs without fear or cowardice.” –The Honorable Min. Louis Farrakhan

HOUSTON – Given the dominance of a “Lily-White” Caucasian media and related opinions in America, who is best to champion and define the Black voice nationwide?

Black Newspapers have consistently played an important role in the social and political uplifting of African-Americans. Writers John B. Russwurm and Samuel Cornish published the Freedom’s Journal for the freed African-American community in New York City in the 18th Century. Frederick Douglass later published the powerfully respected North Star to campaign against slavery.

Like Russwurm, Cornish, Douglass and other journalism ancestors, only true Black press stands up with courage for the people and without fear or favor, fights with the people and beside the community in its struggles against power structures hell bent on disrespecting us, enslaving us, declaring us insignificant and then wiping us out.

“The knowledge papers like African-American News and Issues provides is priceless,” said Pastor and veteran Freedom Fighter Rev. F. N. Williams. “There is no where else where our people can go to get the kind of information you all provide on Black people.”

Black News must be relevant news the African American community can use.

“They are our conduit to communication with Black people in our communities on the topics of the economy, jobs, discrimination and others,” said Howard Jefferson, National Board President of National Association for the Advancement of Colored People (NAACP). “African-American media understands the plight of Black people and are sensitive to the needs, issues, problems affecting the Black community.”

A real African American newspaper today provides real words and issues from the real people on the street that addresses and reflects the current and historical realities affecting the community.

In 1905, The Chicago Defender utilized the tactics of yellow journalism to expose racism and oppression that African-Americans faced throughout the United States, according to Femi Lewis of About.com.

Robert S. Abott published the first edition of The Chicago Defender with an investment of twenty-five cents. He used his landlord’s kitchen to print copies of the paper—a collection of news clippings from other publications and Abott’s own reporting. By 1916, The Chicago Defender boasted a circulation of more than 15,000 and was considered one of the best African-American newspapers in the United States. The news publication went on to have a circulation of over 100,000, a health column and a full page of comic strips.

From the outset, Abbott employed yellow journalistic tactics-sensational headlines and dramatic news accounts of African-American communities throughout the nation. The tone of the paper was militant and referred to African-Americans, not as “Black” or “negro” but as “the race.” Graphic images of lynchings, assaults and other acts of violence against African-Americans were published prominently in the paper.

The Norfolk Journal and Guide was established in 1910, it was a four-page weekly news publication. Its circulation was estimated at 500. However, by the 1930s, a national edition and several local editions of the newspaper were published throughout Virginia, Washington D.C., and Baltimore. By the 1940s, The Guide was one of the best selling African-American news publications in the United States with a circulation of more than 80,000.

The California Eagle publication in 1910 that was published to help African-American migrants settle in the West by providing housing and job listings. Throughout the Great Migration, the publication focused on challenging injustice and racist practices in the United States.

The Eagle led campaigns against racism in the motion picture industry. In 1914, publishers of The Eagle printed a series of articles and editorials protesting the negative portrayals of African-Americans in D.W. Griffith’s Birth of a Nation. Other newspapers joined the campaign and as a result, the film was banned in several communities across the nation.

On the local level The Eagle used its printing presses to expose police brutality in Los Angeles. The publication also reported on and discriminatory hiring practices of companies such as the Southern Telephone Company, Los Angeles County Board of Supervisors, Boulder Dam Company, the Los Angeles General Hospital and the Los Angeles Rapid Transit Company.

Mainstream White media has always played down the power of Black media and capitalized on the modern Black media watering down its Black news.

These Caucasian dominated organizations bombard steady doses and consistent amounts of propaganda into the Black community and public eye using so-called “mainstream” news articles, editorials, and blogs to question and challenge the relevance, power and legitimacy of Black-owned newspapers.

“Black media is needed and is legitimately vital to the life of our people,” Jefferson said. “Any loss or decrease in Black news media or coverage from Black newspapers would devastating to Black people and the community.”

Jefferson said it is time for Black leadership and elected officials to rally around the Black news media and ensure that both businesses and government fairly and equally support and advertise with Black newspapers, like that which is done with the White media groups.

Caucasian media has always demonstrated a bias and strong distaste for Blacks and have sought to discredit and disrespect the community and its leaders by taunting them and ridiculing Blacks in their reporting and writing in every way, using stereotypes and age old racist anecdotes, analogies and stories. Their motive is to cast doubt and send messages that Blacks are incapable, incompetent and lack solid equitable leadership skills to lead, serve or make decisions for a city council community, school board, county commission, state representative, Congress and or even the presidency of the United States.

White media gets away with its antics, word games and poli-tricks by disrespectful taunts that attack Blacks on every corner of the journalistic, political and socioeconomic spectrum.

Its biases also can be readily seen in daily coverages involving issues from crime, education to elections and welfare.

This lack of sensitivity can be seen locally and nationwide with news groups like the Houston Chronicle and FOX News Network.

For example, Fox News Network has news commentators, programming and management that often disrespect and bad mouth Black people in stories. Many deal with President Barack Obama and others issues in the Black community.

It’s coverage is neither equal, fair or balanced when it comes to reporting facts about Black America. Newspapers also do the same.

The Houston Chronicle recently demonstrated its ignorance and insensitivity by allowing an watermelon anecdote in a column go to press that was extremely off color, offensive and racist to African-Americans. Its editorial department approved the jab without sensitivity or consideration for how it might offend Black people. Either members of the editorial board are ignorant or just plain stupid not to understand history or they just did not care. Fox News, Houston Chronicle are like so many other media organizations and newsrooms dominated by White  conservatives, racists and Caucasians with agendas against the community just don’t care about being  respectful, sensitive or inclusive about African-American perspectives.

“Some like to criticize us and think we are the racists for having a Black newspaper focusing on our community,” saidChairman Roy Douglas Malonson. “The constant disrespect of the White news media confirms why we need a Black newspaper.  We exist to tell our story and preserve our history. We will have a reason to exist until 100-percent of racism, biases, equal opportunity, police brutality, injustices in criminal justice, inequality and others problems have been solved and they are no longer issues in our society.”

In fact, many African Americans have been convinced by White media that Black newspapers is no longer relevant, in an information era, wherein radio, TV and computers offer up news.

Black newspapers must challenge the notion of the ridicule doled out by a Caucasian dominated media by demonstrating in every area of coverage that it is important and viable from the president to the police chief, politics and government to entertainment and education.

The Black Press must herald a strong message to a White biased media system that our news coverage, contributions, out talents, our skills and our leadership is valuable and does make a difference.

In order for Black newspapers and media to survive and be respected amidst the White Clouds of media around, the role must be to truly connect with the community and report relevant news and all without fear or favor from an uncompromising Black perspective.

It is time to stop playing the Caucasian game of “follow the leader” and set our own standards.

Uncompromising means news not influenced by advertisers who often are allowed to dictate the editorial policies and views of the Black press.

Some Blacks and Black newspapers even aid the cause because they refuse to grasp the concept of Black news and the urgency of a people perishing for lack of (political, worldly and/or spiritual) knowledge.

Addressing relevant current and historical realities as Black media means being the community’s voice and following its protocol by offering the community exclusive coverage that informs and makes a difference by:

Telling it like it is and lay it all on the line for Black people. No soft approaches or compromising on hard news.

Taking tough stands and going in depth on real issues affecting the community.

Developing articles that challenge and that are controversial, because our people need to wake up and get involved

Being a valuable tool in educating our community.

Allowing Freedom fighters and grassroots African Americans an opportunity to express their experiences and talents to the community from business, political and youth mentorship perspectives.

Focusing on remembering Black history 24/7/365 including history not being taught in school.

Pastor Williams said a strong Black Press encourages the restoration of their pride and respect in the community and nurtures the concept of unity and supporting each other.

“It is important to provide in depth and informative coverage, and focus on timely choice of topics,” Williams said. “Tell stories about what is going on with our people. That is a paper worth reading, because it is geared to us, written by us and for us and Blacks need something just for us that we call our own.”

If the Black press fails to speak boldly against racism and injustice (impeding the progress of our younger generation), we lose our creditability as Black America’s only un-compromised editorial voice, that can be counted on to tell it like it is without fail. That would be the saddest of all tragedies, Williams said.