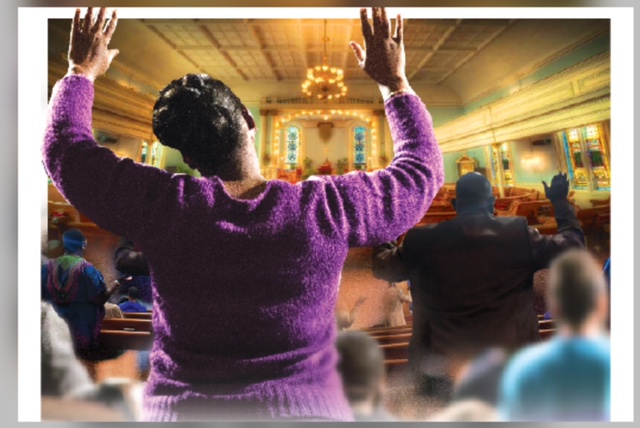 HOUSTON – For decades, the Black Baptist church has been leading the Black communities when it came to matters of race, community issues and – yes – politics. But this time around, there was more silence than support for candidates in the 2020 election season. What made Black Baptist preachers ease their endorsements, lowering the boom of voices they began establishing in America more than 200 years ago?

The revolution came from evolution.

In the 1780s, a slave named Andrew Bryan was arrested and whipped after preaching to a small group of slaves in Savannah, Ga. Despite persecution and harassment, his church grew, and by 1790, it became the First African Baptist Church of Savannah. In time, a second and a third African Church were formed, all led by black pastors. It’s something slave owners started, and something they’d eventually regret.

During the days of slavery, white Methodists and Baptists made active efforts to convert enslaved Africans to Christianity. While religion can be seen as a salvation, whites used it as a way to keep slaves under control, brainwashing them to believe that their backbreaking work and allegiance to their masters were all part of God’s plan.  Blacks began to get licensed to preach, and to White’s dissatisfaction, Black ministers began to preach powerful sermons like the story of Exodus, speaking of bondage and liberation, and the ideal that one day God would set them free.

Whites, fearful of losing control, tried to stop it, but the divine could not be slowed. The Black church became an unstoppable force, and the Black preacher became the most powerful figure in the community. W.E.B. Du Bois immortalized these men in his famous essay, “Of the Faith of the Fathers,” that appeared in his seminal work, “The Souls of Black Folk.” Du Bois described the preacher as “the most unique personality developed by the Negro on American soil.”

Fast forwarding to the days of the manipulative Lyndon B. Johnson – some politicians got the memo: a Black pastor’s words can help win elections. Ever since then, politics and the Black church became intertwined, like it or not.

The “separation of church and state” rules still apply, but of course there’s always a way to get your intended message across.

From the pulpit, the preacher or pastor has the power of persuasion, and anyone he invites as a “friend” has a captive, trusting audience because they will follow their leader. That influence resides in the white church as well, just under a quieter presentation.

The “power of the preacher” was also evident when, in 2008, Barack Obama was seemingly pressured to sever ties with his spiritual mentor, Rev. Jeremiah Wright, after Wright’s fiery “God damn America!” speech threatened to harm Obama’s presidential run.

It was a tough decision for the future president, because Wright’s Trinity Church was where Obama found religion, was married, and where his daughters were baptized. Obama, forever the prolific speaker, seized the moment and delivered one of his most memorable speeches, “A More Perfect Union,” in which he provided context to the deep historical roots of racial inequality and injustice.

When Obama is on stages across America, his delivery is more like a pastor than a politician, and Blacks, in a way, looked to him as a shepherd, more than the commander-in-chief.

But why didn’t we see more shepherds leading their flocks during this 2020 election? What shifted?

Some say it’s about money while others say, it is simply about a change of the times.

To be clear, there are plenty of different denominations of Black churches (African Methodist Episcopal [AME], the African Methodist Episcopal Zion [AMEZ], Church of God in Christ [COGIC], etc.) and all have different polities and doctrinal tenets when it comes to political affiliations.  While some stay away altogether, others have supported candidates in various ways, while still adhering to guidelines.

A church or pastor can belong to an association, for instance the Baptist Ministers Alliance or the Houston Area COGIC PAC, which can have a Political Action Committee (PAC) listed under it.

As long as the association is not tax exempt, they can endorse political candidates. But since most churches hold a tax-exempt status, they are not legally allowed to participate, hence the separation of church and state.

And when it comes to persuading congregations politically, it wasn’t about getting the vote out for all, it was about swaying votes to one side, and in the process, palms would be greased. Certain members of the Democratic party would “support” certain pastors, and some of those pastors would in turn allow candidates to spread their messages.

It was a win-win for all. But there have been rumblings of complaints that many Baptist pastors felt they did not get a piece of the pie from the 2020 election, specifically the Biden-Harris campaign.

Why did the campaign go against what was traditionally done in the Black community, or could it simply be, that campaigning has changed with the times?

Was there a need to spend money where people weren’t going? Parishioners were not allowed to congregate at Sunday worship services.

The Biden campaign was cognizant of the pandemic and took advantage of the virtual landscape, mobilizing the people through their digital and social media platforms.

People noted there were less signs visible in neighborhoods. Churches usually facilitated this, having an abundance of signs on hand that could be proudly displayed in front yards and businesses. But the tradition has been overtaken by the technical.

During this global pandemic, the Black pastors have seen empty seats in the churches and have been relying on viewers to watch them on the Internet. They have adjusted to virtual Bible studies and online collection plates.

Here’s a question for you? Is it fair for presidential and other political campaign dollars to come into the Black community primarily through the Black pastors, who served as a vehicle to facilitate those dollars? With the change in transition, are there more avenues to spread the money around?

This world is evolving daily, keep up. Do not lose yourself or your faith; and hold ALL leaders (pastors and politicians) accountable.

Never forget your history, and don’t get lost in the past.