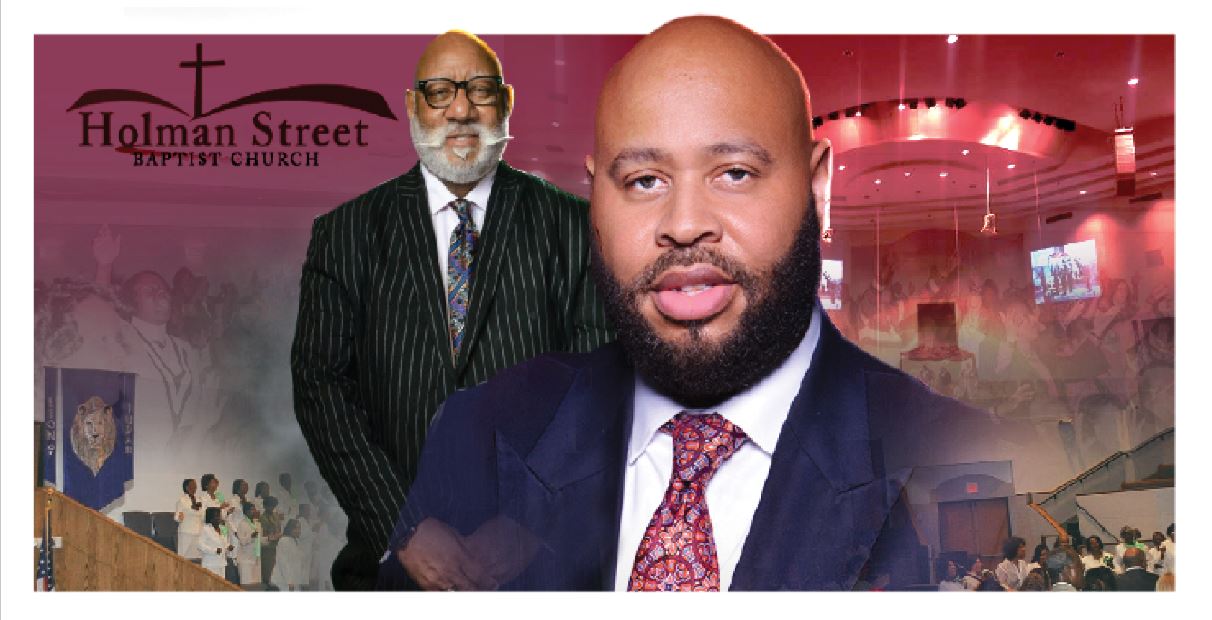 HOUSTON – When Shepherd Manson Johnson took his rightful place in the Kingdom of Heaven, Pastor Murray G. Martin knew it was time for him to return home. Home was the place where he was groomed and nurtured by his mentor, Johnson, and Martin knew it was his duty to carry the torch the shepherd-less congregation still needed to light the way.

The young pastor knows he can never completely fill the Shepherd’s shoes – and is not trying to – but wants to pay homage to the man he’s been looking up to as a father figure since he was 13 years old. While the church is still fighting to recover mentally and spiritually from the COVID-19, which took Johnson’s life, Pastor Martin is relying on his faith and renewed ideals to lead the congregation in a new direction.

“I am excited and honored for the challenge to lead a great church with a wonderful history in the city and community,” Martin said. “I am honored to follow a man of The Shepherd’s stature. We can be all day talking about the legacy and trail he blazed on several platforms.”

Martin is from Bay City, Texas, where he was raised with his grandparents, before coming to Houston to live with his mother at the age of 13. The mother and son joined Holman Street Baptist Church, where he met Shepherd Johnson, who was a good friend of Martin’s grandfather, Pastor Rudolph Martin Sr.

Martin and Johnson bonded instantly and, as he says, his path was set, or as others might say, his “calling” was already in the works.

The young man graduated from Booker T. Washington High School, then enrolled at Texas Southern University, where he obtained a Bachelor of Science in Organizational Communications.  He was licensed and ordained at Holman Street Baptist Church by Shepherd Johnson, who groomed him in ministry. Martin was Johnson’s assistant for about six years before returning to Bay City and Mother Zion Missionary Baptist Church, where he served as Pastor for 14 years.

“Now I’m back,” said Pastor Martin, who is also currently pursuing a Master of Divinity from Houston Baptist University.

And he knew there would be some challenges, due to the double blow of a forced change in operations due to the pandemic and a congregation still in mourning.

“It’s been tough because he passed away in the midst of the pandemic, dying from COVID. There are church members who are already wrestling with their own issues during the pandemic, then to lose your pastor – for some, the only pastor they ever knew – that in and of itself can put people in a tailspin,” Martin said. “Many are still grieving because, think about it, right now we are doing virtual worship, but the last time they were in the sanctuary he [Shepherd Johnson] was there.”

We asked Pastor Martin more questions about plans for the congregation to move forward, and the progress of the country, as a whole.

Q:  Do you think the people in this country will ever get back to the way we once were – with churches or with businesses?

A: I think business and faith will be the same. A few years ago, having an online campus was an option, now it is not an option because, in reality, there are people who may not ever come back after the COVID scare. We want to make sure we can service them and still reach them wherever they are.  And I think with businesses, I think they will adjust their budgets, it can be most cost effective for some people to work at home.

Q: With so many people growing tired and ready to get back to normal life, when do you think you will re-open the doors to the church building?

A: We are people of faith, but also, we don’t ignore the science. We have to walk in wisdom because we have older members in our congregation, and we don’t want to be selfish. We want to keep our people safe, so we are taking it slow, month by month. We are using this time to upgrade our technology so when people come back to our building, we will be ready for them.  There is a new “web generation” of people who don’t want to be tied to a pew and a chair, so we have a way to still reach them.

A:  We are definitely going to build upon the programs and ministries that Shepherd Johnson already laid, but we are also going to venture off into some “new territory.” That’s our theme for this year.  We are going to broaden our reach through the online/ virtual space, broaden the platform for our youth and young families, and also continue the work of building bridges in the Third Ward community.

A: It’s about reaching new spiritual heights and that either can be in the community and reaching levels that God wants us to. It’s about going to unfamiliar places and not get stuck in the familiar and the mundane and do the extraordinary because our God is extraordinary.

Martin says they are all moving forward through prayer, and with the continued teachings of The Shepherd. May he continue to rest in peace.