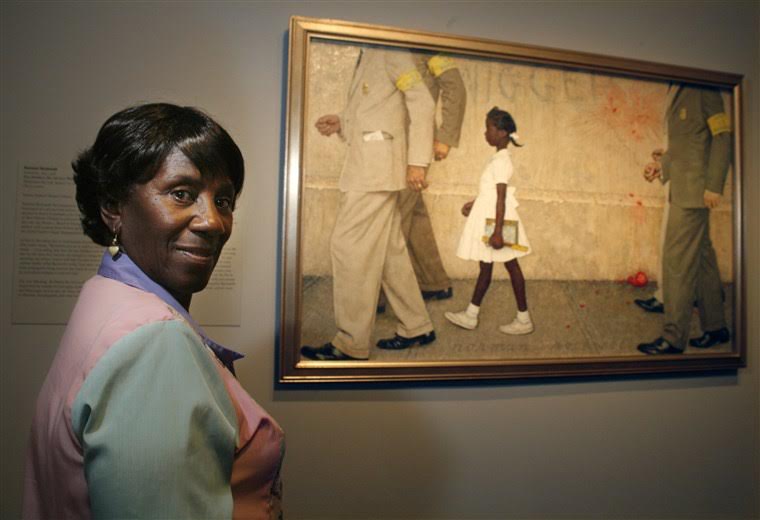 One of the most historic mothers of the Civil Rights Movement, Lucille Bridges, has died at the age of 86, just a few short days after a photo of her daughter, Ruby Bridges, went viral once again.

“Today our country lost a hero. Brave, progressive, a champion for change. She helped alter the course of so many lives by setting me out on my path as a six-year-old little girl. Our nation lost a Mother of the Civil Rights Movement today. And I lost my mom. I love you and am grateful for you. May you Rest in Peace,” Ruby, who is now a civil rights activist, wrote on her Instagram account.

Ruby was born in Tylertown, Mississippi in 1954 — the same year that the landmark Brown vs. the Board of Education of Topeka, Kansas decision ended racial segregation in schools.

Louisiana was one of several southern states that defied Brown until a federal court ordered them to integrate in 1960. Even so, the school district where the Bridges lived required Black students to take an exam to determine if they could compete with white classmates. Out of 165 students taking the exam, Ruby was one of five to pass and the only one to decide to attend William Frantz Elementary.

Ruby’s father, Abon Bridges, was initially reluctant to agree to the NAACP‘s request to send his daughter to the all-white school as a first-grader. Lucille, however, wanted her daughter to have the education she never had, and walked her daughter to school every day.

Lucille said the angry crowd tossed eggs and tomatoes at them, and even followed them home.

“And when they followed us home, they started pitching bottles and things,” she once described in an interview.

The Bridges lived under armed guard from federal marshals for the whole school year.

It was probably never imagined that Ruby would become a symbol in the fight for equality.

Norman Rockwell memorialized Ruby in his famous painting, “The Problem We All Live With,” displaying an image of the tiny girl wearing a white dress and carrying her notebooks and ruler surrounded by much taller U.S. Marshals.

Lucille had a chance to view the famous painting in 2006, as it hung inside the Museum of Fine Arts in Houston.

The image has gotten renewed attention in an adapted version showing Vice President-elect Kamala Harris walking with a briefcase in hand, casting the shadow of young Ruby. Harris is the first Black woman elected to the vice presidency.

The adapted image was created by Artist Bria Goeller, who worked with T-shirt company Good Trubble.

“The design symbolizes two powerful women in history who overcame the odds and stood with strength against everyone who didn’t want to see them to succeed,” Goeller said in an email.

“My parents are the real heroes,” Ruby once said during a ceremony. “They (sent me to that public school) because they felt it was the right thing to do.”

“Today we mourn the loss of one of the mothers of the Civil Rights Movement in New Orleans with the passing of Lucille Bridges — mother of five, including Ruby Bridges,” Cantrell said. “May she rest in God’s perfect peace.”

“Lucille’s strength was unbounded during this period,” Cantrell said, adding, “Lucille insisted, seeing the action as an opportunity to help all Black children, and walked Ruby, with federal marshals, past chanting and taunting white protesters and to the schoolhouse. Mother and daughter both revealed their character and courage.”

The Bridges suffered for their decision to send Ruby to the school: her father lost his job, local grocery stores refused to sell to Lucille, and Ruby’s grandparents were evicted from the farm where they had lived for years.

Still, they fought for Ruby’s rights and the rights of all Black children to follow. Let us never forget those who sacrificed for the luxuries we take for granted today.