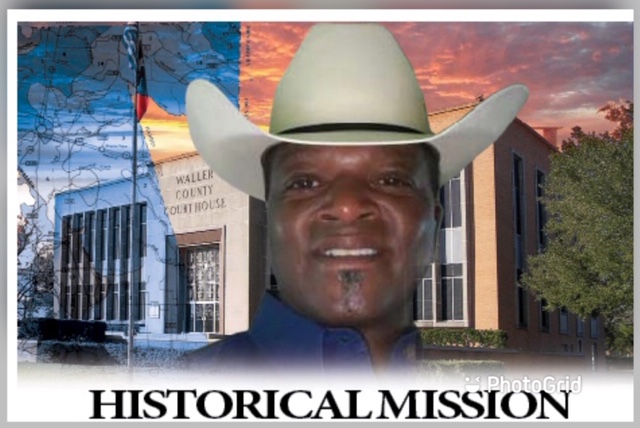 WALLER COUNTY, Texas— A county that made headlines could soon be making history, if Cedric Watson has anything to say about it.  On Nov. 3, if Watson’s mission is accomplished, he will become the first Black sheriff of Waller County, and he says it’s time for a change.

“There need to be a change in Waller County. Get the ‘good old boys system’ out and put some righteousness in this county. It doesn’t matter who the individuals are. If you get into trouble, you have to pay the piper,” Watson said.

The Democrat is up against Republican Troy Guidry for the position, which Glenn Smith held more than a decade before dying from a heart attack in August at the age of 61. Joe Hester been serving as sheriff in the interim.

Watson ran against Smith in 2016, but was defeated by a small amount, so he is going for it again. The 57-year-old reserve officer with the Coffee City Police Department is determined to become the county’s top cop. Watson, a graduate of the Houston Community College Police Academy, has been in law enforcement since 1992, previously serving with various agencies and departments, including Texas Department of Public Safety, Highway patrol, Hempstead Police Department, Precinct 7, Waller County Precinct 3 Constable’s Office and a local school district.

He adds that he also held different ranks from deputy to major. Holding a Master Peace Officer certification, he stresses he has the experience and the credentials to get the job done.

Does he have a chance? Waller County, which is just west of Harris County, is about 43 percent white, 31 percent Latino and 24 percent Black, according to U. S. Census data.

Watson says, no matter the demographics, it’s all about unification.

“As your sheriff, I will provide community services where homeowners, business owners, and multi-family housing occupants can see how to protect themselves, their families and their property,” Watson said on a Facebook video.  “It is my concern that safety be established as a priority within the Sheriff’s Department toward the community as we work together to unite.”

How officers deal with mental health patients is also high on his priority list.

The eyes of the nation were fixed upon Waller County after Sandra Bland, a 28-year-old Black woman, died while in police custody.  Her arrest, which was caught on camera, and her “suspicious” death, which was ruled a suicide, was front and center of the #BlackLivesMatter movement with protesters calling for change.

A Texas State Trooper pulled over the Prairie View A&M University employee, citing a traffic violation, and jailed her after a tense exchange. After being confined for several days, jailers found the woman hanging in her cell. It was said that Bland had mental health issues.

“If there is someone in place to recognize these type of issues with mental health patients coming into the jails, they can be identified and there will be less controversy for them, or having them harming themselves,” Watson said. “Such as with Sandra Bland. If there was a proper individual that was trained in mental health, then things could have been different.”

It was determined that the jail did not comply with state standards regarding staff training and observations, and Bland’s family was awarded settlement in the amount of $1.8 million. And in January 2019, another inmate died at the jail. The death was also by hanging.

Watson is also looking to increase the enforcement manpower to include a traffic enforcement division, and wants to implement more programs where police have more of a connection with those they have vowed to protect and serve.

“I’m not here to try and make buddies or do favors, I am here to get things done. I took an oath to uphold the laws of the state of Texas. I have values in honesty and integrity to serve the people. God served us and I am here to give back,” Watson said.

Watson has been a Waller County resident since 2015.  He is single, but has family in nearby Houston.

There’s a lot at stake in Waller County and across the nation in what is shaping up to be a historic election year for many. Vote, as if your life depends on it.