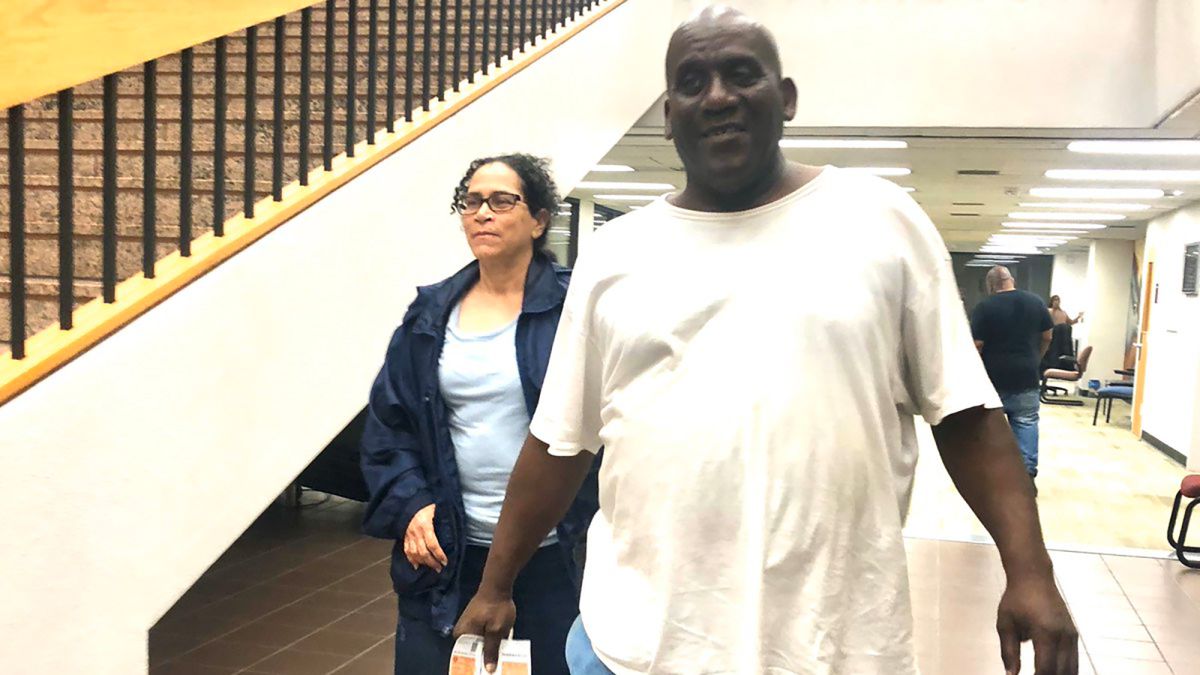 HOUSTON—With busy voting locations and long lines at different sites across Houston, many African American voters—a few frustrated—were determined to cast their ballots in what many consider the most important Super Tuesday primaries of all times.

Harris County implemented a new system which allows voters to cast their ballot at any polling location in the county, but instead of it easing the process, many voters experienced long waiting times.

Officials allegedly blamed the long lines on the local Republican Party’s refusal to hold a joint primary with the Democrats. But the GOP said election administrators’ distribution of an even number of voting machines to each primary disregarded warnings that an even split would cause problems in places where the Democratic race was likely to draw more voters.

A video of the tired man, limping out the building, has since gone viral.

“We did that, it’s over with,” Rogers told waiting reporters. “It feels good.”

A reporter then told Rogers that with the polls actually being closed hours earlier, a projected winner had already determined.

“It was like it was set up for me to walk away,” Rogers said. When asked why he didn’t leave, Rogers replied: “Every vote counts.”

Although Rogers would not say who he voted for, he said he felt he made the right choice. The man, still smiling, then informed reporters he was late for his job and was on his way to work.