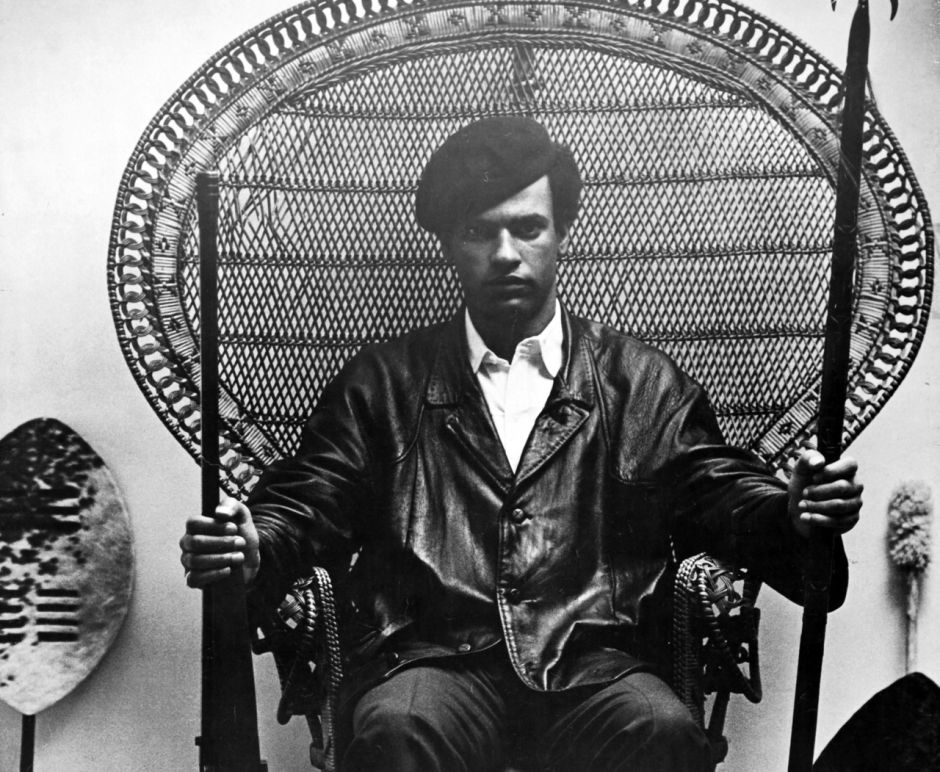 In the month of what would have been his 78th birthday, we recognize the life and work of Huey Percy Newton, co-founder of the Black Panther Party.

Newton (February 17, 1942 – August 22, 1989) was born in Monroe, Louisiana during World War II, and was the youngest of seven children. His parents named him after Huey Long, former Governor of Louisiana.

The Newton family migrated to Oakland, California as part of the second wave of the Great Migration of African Americans out of the South. The family was close-knit, but quite poor, and moved often within the San Francisco Bay Area during Newton’s childhood. Despite this, Newton said he never went without food and shelter as a child. As a teenager, he was arrested several times for criminal offenses, including gun possession and vandalism at age 14. Growing up in Oakland, Newton stated that he was “made to feel ashamed of being black.”

Newton graduated from high school in 1959 without being able to read, but later taught himself and went on to attend Merritt College, where he earned an Associate of Arts degree in 1966. He later earned a Ph.D. in social philosophy from the University of California, Santa Cruz’s History of Consciousness program in 1980.

After Newton taught himself to read, he started questioning everything involving the community, which led to his involvement in the civil rights movement. Newton and Bobby Seale formed the Black Panther Party in October 1966.

The Party, in which Newton said was greatly influenced by Malcolm X, achieved national and international fame through their deep involvement in the Black Power movement and the politics of the 1960s and 1970s.  Their goals, which included better housing, jobs, and education for African Americans, were documented in their Ten-Point Program, a set of guidelines to the Party’s ideals and ways of operation. The group believed that violence—or the threat of it—might be needed to bring about social change. They sometimes made news with a show of force, as they did when they entered the California Legislature fully armed in order to protest a gun bill.

Newton and the Panthers started a number of social programs in Oakland, including founding the Oakland Community School, which provided high-level education to 150 children from impoverished urban neighborhoods. Other Panther programs included the Free Breakfast for Children Program and others that offered dances for teenagers and training in martial arts. According to Oakland County Supervisor John George: “Huey could take street-gang types and give them a social consciousness.”

In 1982, Newton was accused of embezzling $600,000 of state aid to the Panther-founded Oakland Community School. In the wake of the charges, Newton disbanded the Black Panther Party.

After a series of more highly-publicized allegations of violence and criminal offenses, Newton was murdered by Tyrone Robinson, a member of the Black Guerrilla Family, in the neighborhood of Lower Bottoms in West Oakland, California on August 22, 1989.