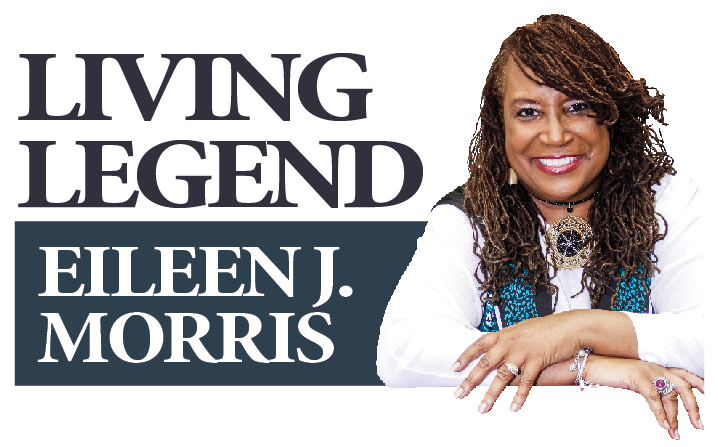 HOUSTON — Acres Home resident Eileen J. Morris is the Artistic Director of Houston’s The Ensemble Theatre, one of the largest African American theatres in the world that owns its facility with over a $2 million budget. A native of Chicago, Illinois, she attended Northern Illinois University (BA, 1977) where she majored in Theatre and minored in English. She also has a certificate in Theatre Management from Dartmouth College (1998). Her professional career in the arts was just beginning when she relocated to Houston and met The Ensemble Theatre founder George W. Hawkins. They bonded through their passion to develop a space in Houston where African American artists could come together and hone their skills. Her work with Hawkins spanned from 1982 until his death in 1990.

Eileen has produced over 87 productions which include eight world premieres, over 64 regional premieres, and has directed over 82 productions throughout her career. In April, she will receive the USITT Thomas DeGaetani Award for her contributions to the performing arts community in Texas. She received Broadway World Houston’s 2018 Best Director Award for Sassy Mamas and the 2016 Houston Press Theater Award for Best Director of August Wilson’s Fences. In 2017, she was named one of Houston Women Magazine’s 50 Most Influential Women. That year, she also received the Black Theatre Network’s Larry Leon Hamlin Award and the BCCM Kim Kupp Award.

Eileen is among five female artistic leaders recently selected as the first in the Nation awarded part of a $1.25 million gift of The Pussycat Foundation and Northern Stage in support of women artistic directors in professional theaters across the United States. Each of the Artistic Directors chosen for the BOLD Circle (The BOLD Theater Women’s Leadership Circle grant) has demonstrated artistic excellence and a deep impact on community. The leaders have also demonstrated a strong history of mentoring, and will work together to elevate the next generation of artistic directors.

Eileen currently serves as secretary on the board of the Theatre Communications Group. She also serves as board member, secretary and Cultural Arts Committee Chair of the Midtown Management District, consultant of the Black Theatre Network and is a newly appointed advisory board member of the Houston Cinema Arts Society.

Her most recent Ensemble Theatre directing credits include School Girls; Or the African Mean Girls Play, More Than Christmas, Freeda Peoples, Too Heavy For Your Pocket, ‘da kink in my hair, Ma Rainey’s Black Bottom, Eighth Day of the Week, Front Porch Society, Sassy Mamas, Plenty of Time, Detroit ’67, What I Learned in Paris, Women in the Pit, and By the Way Meet Vera Stark to name a few. Eileen also has numerous directing credits in Pittsburgh, directing annually at Pittsburgh’s New Horizon Theatre. Notably, Eileen holds the distinction of being the only woman in the country to direct eight of August Wilson’s 10-play American Century Cycle. This August Wilson quote embodies her creative journey: “Art does not change the world; it changes people; and people change the world.” www.ensemblehouston.com.