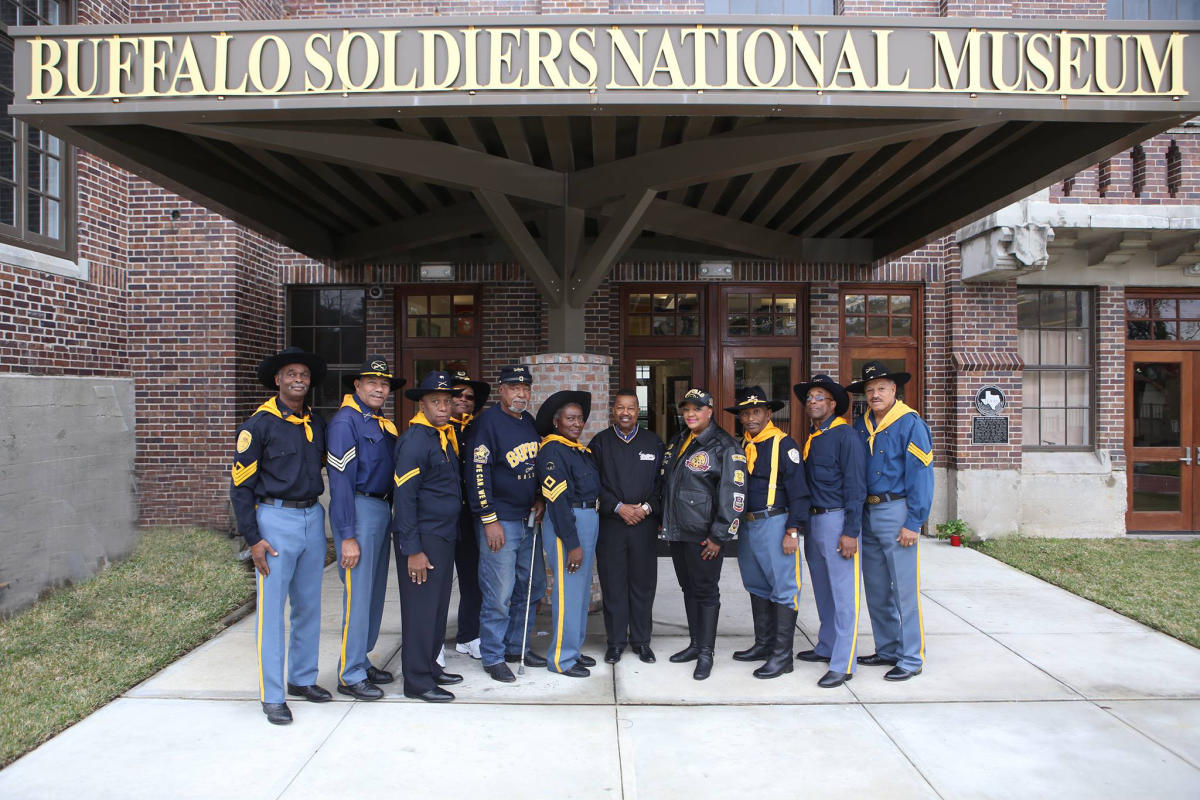 HOUSTON – Cocktail receptions, weddings, events featured on VH1 with the Real Housewives of Atlanta reality show divas? Those are not the typical things you see going on inside of a museum – that is until now- thanks to the millennial mind of a grandson working hard to keep his grandfather’s proud legacy flourishing in the hearts and minds of Houstonians and the country, as a whole.

Desmond Bertrand-Pitts is the chief executive officer of the Buffalo Soldiers National Museum, and he and his grandfather, Captain Paul J. Matthews, founder and one of the only African American owners of a national museum in Houston, are working hard to bridge the multi-generational gap of our community while honoring African American military.

“I first heard about the Buffalo Soldiers when I was a cadet at Prairie View A&M University back in the 1960s. I read two paragraphs in a military book about the soldiers and became very intrigued about these Black men in uniform because they did what they did, not necessarily for themselves, but for those that came behind them,” Matthews said. “And that was a story that needed to be told.”

Who are the Buffalo Soldiers?

The Buffalo Soldiers, comprised of former slaves, freemen and Black Civil War soldiers, were the first to serve during peacetime. Throughout the era of the Indian Wars, approximately 20 percent of the U.S. Cavalry troopers were Black, and they fought over 177 engagements. The combat prowess, bravery, tenaciousness, and looks on the battlefield, inspired the Indians to call them Buffalo Soldiers. The name symbolized the Native Americans’ respect for the soldiers’ bravery and valor.

“I’ve been a part of the museum since the beginning. I like to tell people that I was ‘voluntold’ to be where I am today,” Bertrand-Pitts said. “What the captain has set forth is not only providing Houston, but the entire country, the history of the Buffalo Soldiers and African American military. I am a millennial so one of my focus areas is to get our age groups involved in the other aspects of philanthropy, and being involved in history, making sure the legacy does not die.”

How does he plan to accomplish that?

“We want people, young and old, to be able to identify with something here at the museum. The idea with MAD (Museum After Dark) is to attract the younger audience with things they like, an after-work drink, etc. and incorporated that with a DJ and other items of interest,” Bertrand-Pitts explained.

Once in the door, visitors are invited to tour, be mesmerized and, hence, spread the word.

Various exhibits are on display, showcasing the Emancipation Proclamation, and many historic time periods. Visitors can also see medals and patches, and weaponry used by the African-American Soldier, including rifles, muskets and cannonballs pulled directly from battlefields. There is also an exhibit displaying the brave Buffalo Soldiers who served in World War 1, and their role in the Boxer Rebellion.

The biggest “aha moment” Matthews believes people have is recognizing the impact the soldiers had in our history.

“They were the peacekeepers in the American West, building forts, camps, railroads, delivering the mail, telegraphs and wires, chasing down outlaws, protecting the land. Without the Buffalo Soldiers, the Westward Movement would have been delayed 50 years,” Matthews explained. “Most students are amazed that history is there. When you go to other museums, you get content. When you come to the Buffalo Soldiers National Museum, you get context. We take an item and put it in your environment to show how you revolve around it and how it revolves around you.”

Capt. Matthews has proudly just celebrated his 75th birthday. African American News and Issues asked him to share a few words of wisdom:

To children: “History provides a guidepost to your future. You must know your history to be aware of who and where you are, in order to help you to get to where you want to go.”

To millennials: “You need to be able to expand on the progress that’s been made by those who have come before you. Get involved!”

To the older generation: “We have moved from being a footnote to be an actual page in history. We must continue passing our knowledge on to others.”