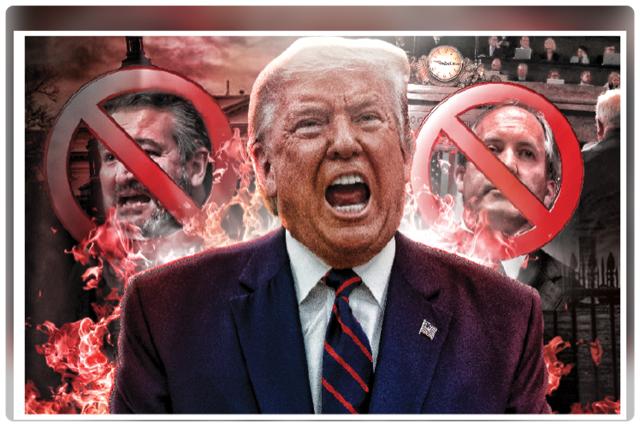 What did Malcolm X famously say? “Being an old farm boy myself, chickens coming home to roost never made me sad; they only made me glad.”  President Donald Trump is the first and only president in US history to be impeached twice. And he did it to himself.

His mouth, his ego, his obvious hatred for Blacks and Hispanics, and his Twitter account helped to push his loyal legion of followers over the edge, after he encouraged them to bombard the U.S. Capitol in a deadly rampage on Jan. 6, where one police officer and four others lost their lives.

All of this unfolded as, according to reports, the president sat back like a deranged puppet master, relishing in the unfolding chaos because – in his eyes – the people were doing it all out of love for him and anger over the election he lost – but was unwilling to accept.

And at the end of the devastation and deaths, he told his rioters that he loved them and to go home for the evening.

Enough was enough. The House of Representatives voted 232-197 to impeach the president for “high crimes and misdemeanors” for inciting an insurrection against the federal government.  Speaker of the House Nancy Pelosi called Trump “a clear and present danger to our country.”

Trump will not have to vacate the White House before his term ends because the Senate will not reconvene in time, but his impeachment is marked in history. On Jan. 20, Joe Biden will be sworn in as 46th president, but will Trump’s reign of terror end?