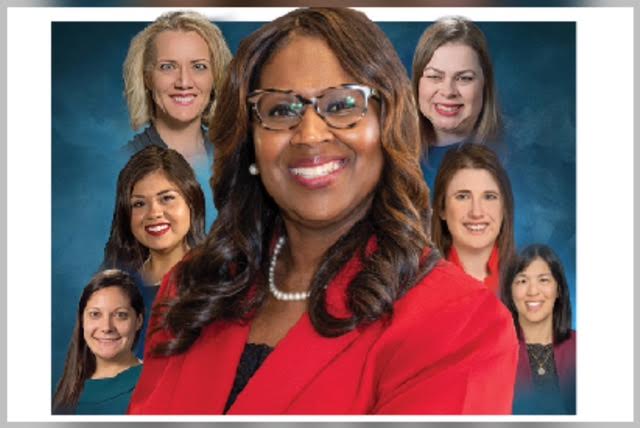 The Board has decided to search nationwide for who they feel is more suitable for the position.

Although board members praised Lathan for her work as the interim superintendent, they voted 6-3 against her filling the top spot. They did leave the door open for Lathan to apply with the other candidates, but many say, that doesn’t quite make sense. It appears the writing is on the wall that Lathan will not get the job.

“If we look at the Board in HISD, we see four Latino members. They want someone that resembles the larger race among student populations. She has been rejected multiple times and will not be accepted by that community,” said African-American News&Issues publisher Roy Douglas Malonson. “Dr. Lathan will be an excellent leader somewhere else. Hispanic leaders want to make Houston their Atlanta.”

“As the largest school district in Texas and the seventh-largest in the United States, it is of the utmost importance that we think about candidates for the permanent superintendent position by going through a transparent and thorough search process,” Vilaseca said. “We owe it to our students, our community, our constituents and the taxpayers to do our due diligence.”

It has appeared to be a constant coup d’état [conspiracy to overthrow] as the board tried to replace Lathan before without warning.

A few months after Lathan took over as interim, the board replaced her with Dr. Abe Saavedra, who was previously HISD’s superintendent from 2004 to 2009. But that decision was almost immediately reversed, and Lathan was placed back in charge.

And even though it has been more than enough time for Lathan to be made permanent, she could never get majority support. Lathan, who has been with HISD since 2015, has been working tirelessly to turn the district around.

With her at the helm, the district has been improving after 21 HISD schools received “F” ratings from the Texas Education Agency. She’s also risen to the occasion of leading HISD students through unexpected turbulent times, like the current pandemic.  Lathan has been a constant figure on national news programs speaking about the district’s adjustments during COVID-19.

Wanda Adams, Pat Allen and Kathy Blueford-Daniels want to keep Lathan and believes she’s earned the right to continue leading.  But Adams, who is leaving the board to fulfill a newly-elected role as justice of the peace, questions the board members’ trustworthiness.

“Did people keep their word from the beginning, when they first got on this board? No. I just hope and pray that as you all move forward, that you lead with honesty and integrity,” she said during the Zoom conference meeting.

If selected, Lathan would have become the district’s first Black woman to fill the role. Others apparently have a different “shade” in mind.

The trustees should keep this in mind. A lawsuit over a state takeover of the district is still pending and could result in the entire board being replaced. Have you ever heard the phrase, “when you dig one grave, dig two?”  The one you tried to dig for me and the one you should be digging for yourself.  We think it’s time to pass a few more shovels around.

You can agree or disagree. Decide for yourselves. — AANI