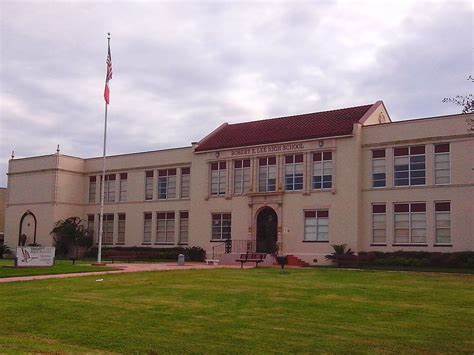 BAYTOWN, Texas — The Goose Creek Consolidated Independent School District’s school board heard 51 speakers in a contentious meeting in which the vote to keep the name Robert E. Lee on the high school was almost tabled entirely by the president of the board, Jessica Woods, in favor of creating a committee to “investigate the possible renaming of current educational and auxiliary campuses.”

Citizens and alumni have been speaking and writing to the school board regarding why the name should be kept or changed for over three months.

“This is a railroading. I can hear the train coming,” said Trustee Howard Sampson upon seeing the vote pass to form the committee.

The speakers had one minute each to make their case in the virtual setting for why the name should be kept or changed 22 were in support of the name change; 29 spoke to keeping the name. 44 email were received by the board in lieu of virtual public appearances.

First on the agenda was the testimony from complainants who lodged class three grievances against two of the board members for speaking out in favor of changing the name of the high school before the vote was to take place. After the trustees defended themselves, the board voted 4-1 to clear Trustees Cottar and Loredo of any wrongdoing. Trustee Woods abstained.

The school board talked extensively about creating a racial equity plan yet voted to keep the name of Robert E. Lee on the high school.

Robert E. Lee High School in Baytown is the last high school in Texas to retain the name of the general who led the Confederacy in the American Civil War after the cities of Tyler and Midland both changed the names of their high schools in August. Those cities, like Baytown, have been fighting to change their names for years. For Baytown Lee, this is the fourth attempt since 1970 to change the name. The fight has not been an easy one. The community and the alumni of the high school is divided on the topic, and passions have been high on both sides.

Alumni and citizens for keeping the name argue that the traditions that grew out of this school are powerful and important to them as a legacy for their children and grandchildren. Their concern is that changing the name will erase the history and the memories from their alma mater that they hold sacred.

Alumni and citizens for renaming the school speak of harm that came to them due to the same traditions cited by those who oppose the name change. They argue that the name derived from the Jim Crow Era that worked to separate Black students from their white peers at Lee and that Robert E. Lee is not an adequate or appropriate model for all children in the district—past or future. Facts Robert E. Lee High School in Baytown has over 87% minority population.

Traditions at Lee that are cited as harmful are: the use of the Confederate flag in signage and in general representation in school-sanctioned extracurricular activities and the use of Confederate-style uniforms in the Band and the Lee Brigadiers (an all-girl drum and bugle corps that is now disbanded). Though these traditions are no longer, they have shaped the very core of the city of Baytown for almost a century as alumni carried these traditions into the community.